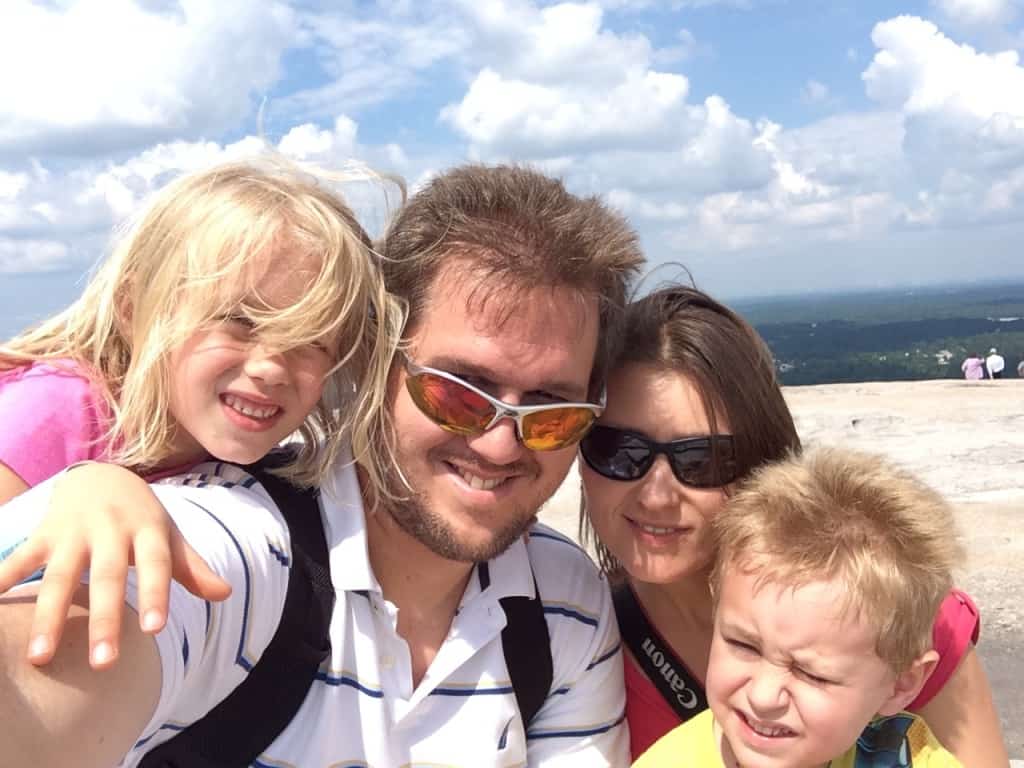 So, I’m sitting here in my home office on a lovely Florida morning. And while this time of year is usually all about spending time with the family, this morning I decided to “work”.

This week, however, it isn’t so much about actual production as much as it is planning. Planning for 2015 and how I’m going to make it markedly different than 2014.

The next 3 days (after today), I’ll be back in family mode yet again. Then Friday, I’m taking myself on a little two-day “retreat” in the RV. Heading out to a local campground with just myself and my laptop – and I’m going to complete my planning for the new year. Luckily, my wife is cool with me disappearing for a couple days on my own. 🙂

But, all good planning is pre-empted by a look back at the year gone by.

I will mention here that… this post is more for me than it is for you. This post isn’t so much about the usual “how to” as much as it is for me to personally reflect on the year. If you happen to learn anything from this cliff-notes version of my last year, then awesome. 🙂

To be honest, business wasn’t necessarily my primary focus in 2014. I’m not exactly sure whether that was a good thing or a bad thing, but one huge benefit has been that I did spend time on things which were not about business.

For one, I took a lot of time off. WAY more than I ever have before. In the last part of 2013, my wife and I bought a used motor home. And it was one of the best decisions we ever made. We had way more FUN in 2014 than we ever had before. Having an RV means you can easily take off for just long weekends – and that we did many times. But, among those smaller local trips, we also did things like:

The 3 week trip was a blast. And right before we did the 3-week RV trip, we spent a week in a rental cabin in Gatlinburg, TN. So, in the summer alone, I took a month off and just spent that time with the family. And, over the entirety of 2014, I probably took at least 2 months off. That’s a first for me.

In addition to a fair amount of traveling, I also spent quite a bit of time on some personal development stuff. And I also altered my eating habits (after learning about the “slow carb” diet) and managed to lose about 24 pounds (although I did some damage with all the holiday parties and will need to recover some of it 😉 ) 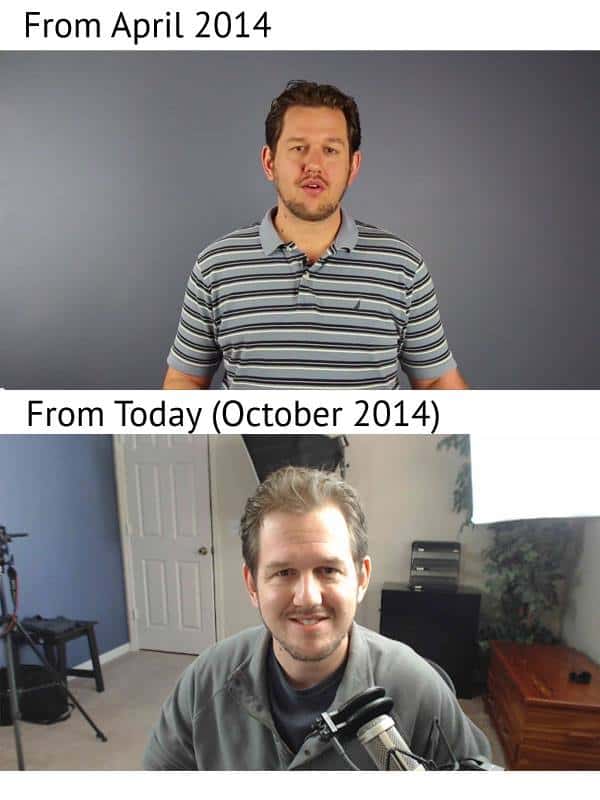 Other than what I mentioned above, there were no huge changes on the family front. My daughter is in 1st grade now and seems to be doing very well. My son is in pre-K. And my wife is working as an engineer (although she is eyeing some changes and that’s a focus for us in 2015).

I didn’t travel nearly as much for business in 2014. In fact, I only traveled to ONE conference – and that was the New Media Expo in Las Vegas. I spoke at the event again (I believe it was the 3rd time I’ve spoken at NMX). I’m honestly not sure if I’m going to travel to Vegas in 2015 for the next NMX. I’m getting quite choosy about my traveling for business because a truly honest assessment of the ROI shows it is… questionable. I will admit that if I approached these events differently I could make the ROI better, but some of these events seems as if I’m dropping a couple grand primarily to go catch up with old friends. Fun? Yes. Profitable? Meh.

Lastly, a big change that happened in 2014 is that I finally sold off and parted ways from my original technology site: PCMech.com. Letting go of PCMech is, for me, like turning over a new leaf. It honestly got to the point where hanging onto it was killing the site. I lost my passion for it a few years ago and it most definitely showed in how the site was being run. Letting go was like a “clean slate”. It is in my nature to be be consistent with things… but almost to a fault because I couldn’t STOP it. All things must end, and I think it is not only healthy, but NECESSARY that any good entrepreneur learn when to END something and move onto a new game. Entrepreneurs are best when being creative and playing the game…. and PCMech was symbolic of me not doing that. After 16 years, I still owned it. Which was ridiculous.

The sale of PCMech.com is kind of symbolic of what I see as the major “theme” for me for 2014. PCMech was the manifestation of me getting into a mode of “keep on keeping on” rather than doing what entrepreneurs do, which is CREATE. So, finally getting rid of the site was an awesome move for me.

Which leaves me to the rest of the business. The Academy itself. And before I share my realizations and how I’m super excited about what’s coming, I have to look at 2014 and the lessons from it…

What Did Not Go So Well

One thing that is clear to me about 2014 is that I spent quite a bit of time NOT in my office. A lot more time not working. All good things, but clearly the business wasn’t getting my undivided attention.

On top of that, 2014 wasn’t exactly the most productive year I’ve ever had (from a business perspective). And I think part of the reason for that (aside from being gone a lot more) is simply burnout.

To be dead honest here, I kinda lost sight of my passion for the business. And because of that, I was coasting. I was operating from week to week, without any real strategy for growth. In short, I was in “maintenance mode”. And I allowed myself to get inconsistent about some things. And that reflected itself in a few things:

All of it comes down to two words: “maintenance mode”.

It is the same mindset that kept me at the helm of PCMech.com long past the point of not caring about it anymore. And while I still very much care about the Blog Marketing Academy, that maintenance mode was being carried over. And it didn’t help that I was spending a lot of time “off the clock”. It is great to take a lot of time off and do personal development… but it is much better to do that when the stats are up. Not when they’re coasting. 🙂

I remind myself that I’m a bit of an “old timer”. I’ve now been doing this for 16 years – going on 17. With that longevity comes a LOT of experience and knowledge. I’m very good at what I do and my breadth of knowledge about the web and the business end of it is wide. But, being good at it isn’t the same as having that special “spark”. Having that creative drive.

I’m reminded of the attitude some career employees develop after being in the same job for multiple years. The passion is gone. And they begin reporting to work because… that’s what they do. Not because of genuine excitement or a desire to play the game, but because of the paycheck. And if I’m going to be brutally honest with myself, that’s kinda what I allowed myself to do.

I think 2014 is going to go into my life’s history book as the year of a reawakening. And what I woke up to is this… 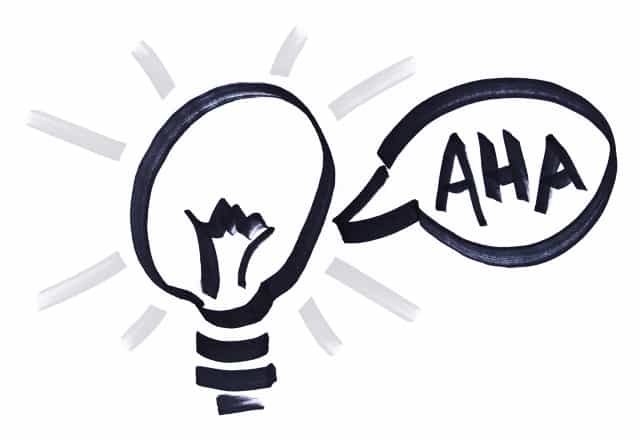 What is clear to me is that I reached a point in my entrepreneurial life where I had lost sight of WHY I was doing this. I lost that “spark”. And I wasn’t CREATING anymore. I wasn’t actually creating any kind of future, but instead I was just kinda living. I think most of the world lives this way, but it certainly isn’t the way I want to be.

That’s what burnout for an entrepreneur looks like. And I don’t want any part of it anymore. It is just a recipe for mediocrity.

The good news is that all that is required to change something like that is a change of mind. There are those who believe that your past dictates your future. To be blunt, they’re full of shit. The world bends to our will… the problem is most of us aren’t exercising our will. So the result is that life just happens.

The solution is to CREATE. To actively CREATE what we want. And, as an entrepreneur, I need to spend as much time in that creative mode as I possibly can. For much of 2014, I allowed myself to not exist in that space. I had gotten too concentrated on the next task, the next thing to check off my list.

Despite some of the challenges of 2014, it was still a great year. I am reminded that I was able to take two months completely off and spend a lot of time out of the office on non-business matters… all while my business is still here and I’m still making money. That’s a freakin’ win. 🙂

But, the other big win is that I feel like I woke up. I feel that entrepreneurial spark again. I’m excited to take the Blog Marketing Academy to the next level… and I’m even thinking about what I’ll do in addition to BMA now that PCMech is officially off my plate.

I’m starting off 2015 differently, too. After all, if I want the future to look different than the past year, I have to do things differently. While I don’t have every little thing figured out yet, some of what I’m doing include:

It comes down to this…

The role of an executive is to make planning become real. To take the big overall strategies and translate those things into “on the ground” tactics to make it actually happen.

It is REALLY easy when you’re running your own business to fail to BE the executive. We get firmly ensconced into the mindset of the employee, where we’re focused on the next task in front of us and just checking things off our list… all while losing sight of the big picture. As the old saying goes, that’s working IN your business rather than ON it.

Our Businesses Don’t Exist In A Bubble. Some Thoughts On Money, Our Economy, And The Bigger Picture

The Big Economic Shift: How These Uncertain Times Are A Once-In-A-Lifetime Opportunity For Online Entrepreneurs

The Realities of Blogging For A Living – What Is It Really Like?