How to Accomplish Anything, Succeed At Anything, And Be Awesome. 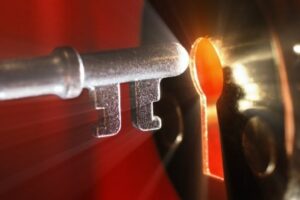 Every time I survey my readers about the biggest barrier facing them, I can sum it up with one word…

And is it any wonder? If we look at the field of internet business, there are about a thousand different ways to go about it. New ones are coming out all the time, and everybody selling one of these “systems” makes it seem as if their’s is the best thing, the newest “secret”.

Plus, there are seemingly tons of things to know. To be a successful blogger, you get into writing skills, social media marketing, copywriting, programming, blog design, info product creation, working with ad networks, video editing… the list goes on. And on.

And so… people become paralyzed. They become overwhelmed. They become spectators. They look forward to income reports because they want to be motivated by them, but not necessarily to take any action toward that motivation.

But, there is a way out of this.

The thing is… it is really so simple that many will dismiss it. But, do NOT underestimate the power of this simple concept. It really is the key to achieving anything you want.

And The Secret Is…

Taking one thing and breaking it up into smaller steps. And if the steps are too big, break them up even further.

There is literally nothing you cannot achieve applying this stupidly simple, common sense advice.

Think about it. What if you were to stick an 8-year old into a calculus class? This kid might not have mastered arithmetic yet, and all of a sudden he’s left being faced with derivatives. How do you think that kid would fare? Confused? Overwhelmed?

Think about a 16-year old kid learning to drive. He just got his learner’s permit and you throw him out on the Interstate going 70 mph. A little much, you think?

In each of these cases, the problem is obvious. He bit off too much. He took WAY too big a step at once without mastering the things that came before it.

Anything you want to achieve can be broken up into smaller steps – each of which are much easier to bite off. And, if that sub-step is itself a little too overwhelming, break it up further.

Also important… when you’re working on one of those steps, do not concern yourself with any of the other stuff. Because, as many of us have experienced, that is the path to overwhelm.

So, let’s boil this down…

Lastly, simple take action. You know it, and its been said a billion times. But, the reality of it hasn’t hit a lot of people out there. Reading blogs isn’t taking action. Taking action is actually DOING those small steps.

So, Tell Me This…

Have you seen this simple concept work for you? Or do you think there is some missing ingredient that is keeping you from doing it?