Have you ever sat down and really figured out WHY you want to see your blog or business take off? What's your mission? Let me tell you a story... 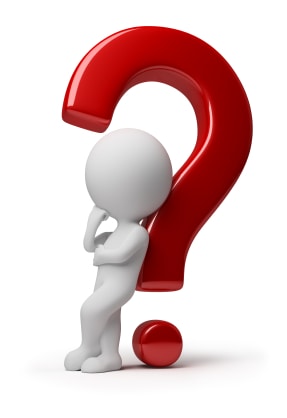 Have you ever sat down and really figured out WHY you want to see your blog or business take off?

Let me tell you a story…

For me, it started with an article in Yahoo Internet Life. It was an article entitled “Your Own Website in 20 Minutes”. And, because I thought it would be fun, I did it.

Using the free 5MB of space my ISP gave me, I set up my first website. Complete with animated images, 88×31 buttons to brag about what browser it worked in (Go Netscape!) and other useless garbage.

Before long, I realized the site needed to have a point. If anybody besides me was ever going to see this thing, I needed to build something worth looking at.

At the time, there was a severe shortage of plain-English technology content. Computers were a hobby of mine. I was a DOS-prompt ninja, baby! But, whenever I went online to figure something out, I went cross-eyed with all the technical jargon. In the days of a very early web, the truth is that most of the people making sites at the time were uber-geeks – and they talked that way.

So, I decided to create a plain-English site to show people how to do things with their computer.

So, I had a mission.

Then, The Mission Changed…

Everything is an evolution. And all entrepreneurs go through that phase – the “gimme gimme” phase. 🙂

It might sound a little odd, but everybody goes through a phase where the acqusition of money is the mission. There isn’t anything wrong with it – not in the slightest. For me, it started when this tech site I had built started to earn some money. Once that began, it began the game of trying to increase revenue.

However, it can easily steer you into oblivion. When your mission is only the chasing of money, then it easily leads one into all kinds of directions. There is no central thing guiding you. You end up buying too many information products, chasing a thousand different ideas at once – and ultimately just end up confused.

Today, as I continue to run the tech site and have since began this blog where I talk about blogging and internet marketing, my big “why” is bigger than money.

Sure, I still try to make money. I always will. It is a part of life. And my kids like to eat a lot – and poop alot into expensive diapers.

It can take some brainstorming and soul-searching to figure out your big “why”. You have to really sit down and think about what is important to you, but in a way which is bigger than yourself. Deep down, we all want to make a mark in this world. After all, you can’t bring your money with you when you die.

So, after a lot of brainstorming, I’ve arrived at two components to my own personal big “why”. They are:

#1 – Information Marketing Is The Future of Education

Now, anybody familiar with Jeff Walker might have heard this before. I heard Jeff talk about this topic recently and this was one of his own personal “why”‘s. And it exactly mirrors mine.

I personally believe that our school system has failed us – utterly and completely. Simply put, we have some of the dumbest flock of graduates in the world. Too many people are unable to think for themselves. Too many high-school grads are functionally illiterate. And politics and psycho-babble have ruined what was once a good school system. For the richest nation on the planet (in theory, anyway), we have what is more likely the worse school system.

If that weren’t enough, it doesn’t keep up. Our world is changing – fast. And I don’t believe our schools are keeping up with these changes. The old ways are too entrenched. Things get stuck in committees.

#2 – We Are Creating A New Medium Of Information

The old top-down form of media is dying. We used to get all our information from the media. This media was – and is – corporate-controlled. It is often agenda-controlled, and it is ruled by money. If some information isn’t flattering to a company that throws a lot of money at the media company, that information doesn’t see the light of day. For that reason, we are LIED to every day by the mainstream media. Doesn’t matter what the political leanings are of that media organization.

For the most part, only independent blogs are today practicing what used to be standard journalism. Only independent online media sources have the balls to publish information that the big media would be afraid to. For example, big media is hyper-funded by big drug companies. This is why we see so many drug commercials along with “news” stories about the dangers and quackiness of alternative medicine. The industry of sickness is HUGE – these companies don’t want to give it up – and they use the media to control the minds of society and keep them sick. You don’t have to believe me if you don’t want to. Your call.

Only the Internet, for the most part, and the bloggers and independent minds online, have the cajones to publish what the mainstream media won’t. Even if they sometimes get it wrong… they’re at least more open about it than the regular press.

Communication is ultimately the solution to damn near everything. Our society will only thrive with the free-flowing of information. For that reason, I believe strongly in the citizen media, powered by blogging.

And to the degree that I can help these people do their thing, not give up, and receive the income they need to keep doing it… I’ve done my job.

Another way you can tell that the “why”‘s above are coming from the right place…. I get on a soapbox when I talk about it. I get animated. I believe these things to my core. And that’s a good sign that I’m in the right zone.

What motivates you to want to blog? To want to drive traffic to it? To want to ultimately see it take off or move to the next level?

As you brainstorm this, don’t try to second-guess it and wonder whether it is big enough. Remember, there is nothing wrong with your big “why” being income.