The New Coffee Break Blogging Podcast – And Why You Should Subscribe 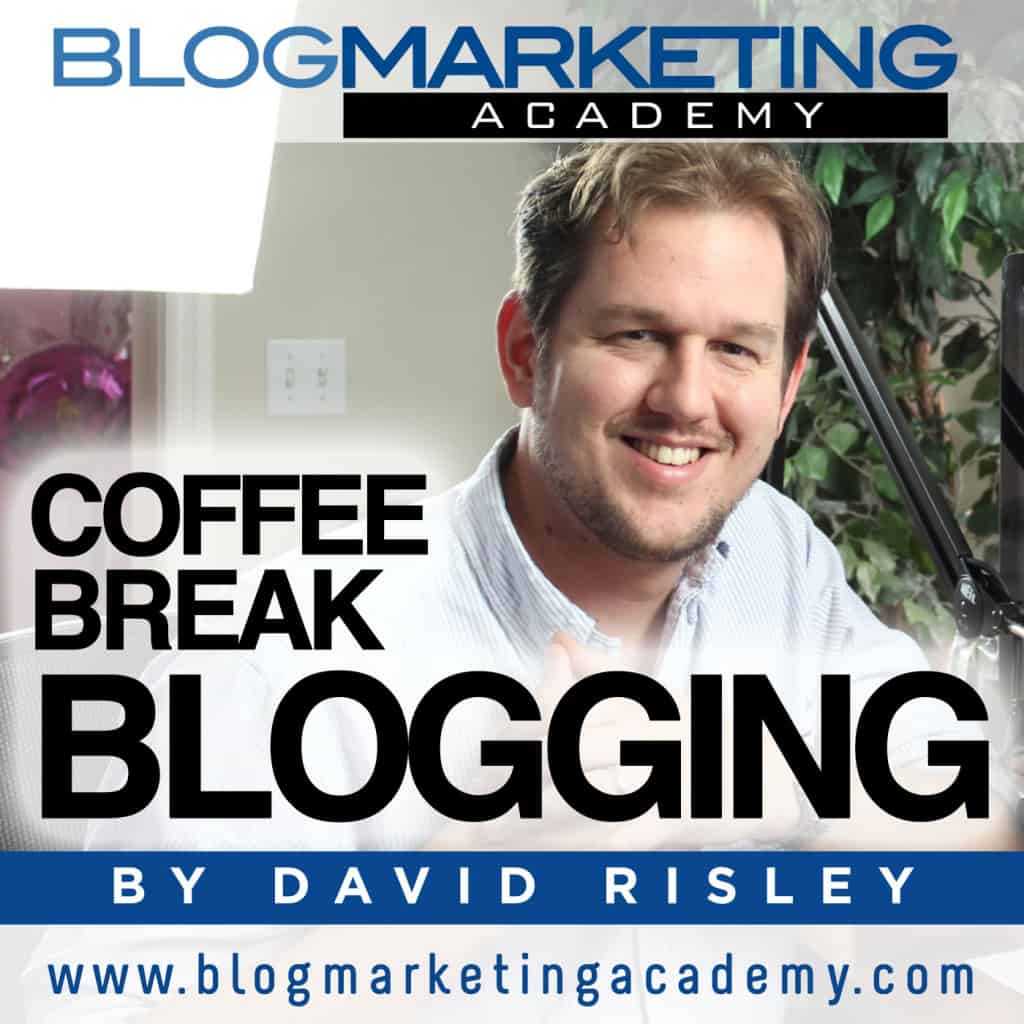 In this post, I’m going to try to “sell” you into becoming a listener of my podcast (if you’re not already).

Now, in reality, it isn’t much of a “sell”… because after all, it won’t cost you anything.

Not only that, once you subscribe, it’ll literally just come to you automatically. Which means, you barely have to lift a finger.

So, this MIGHT be a tough sales job. You don’t have to spend any money and you barely have to lift a finger. Jeez, that’s rough. 😉

But, there’s also this…

What if I told you that the Coffee Break Blogging podcast is basically a full-on course on setting up a blog-based online business and making it profitable?

That each episode leads into the next one… as an ongoing SERIES (rather than the haphazard way most podcasts go).

Well, that’s the idea. Let me tell you a bit more about it… Why It Is Called “Coffee Break” Blogging

The official podcast of the Blog Marketing Academy is now called Coffee Break Blogging. It is hosted by me – David Risley.

Now, my long-time guys may remember The Blog Program. Yes, it is the same show, although it has been re-branded with a new name and the format has changed.

Yes, each episode is roughly 10 minutes long. Sometimes 12 or 13 minutes, but the whole idea is that these aren’t super long.

I’m a “no BS” kinda guy. I tend to get to the point. And lot of the feedback I’ve gotten from Blog Marketing Academy customers seems to indicate people like that about me. And, in all honesty, it is sometimes HARD for me to fill a half-hour of “air time” in a podcast without getting fluffy about it.

So, I’d rather get in, give a strategy or tactic you can use immediately… and get out. If it takes 10 minutes, that’s awesome.

Why You Should Listen (And The Big Idea)

I do listen to other podcasts. Honestly, some of them aren’t very good. Some of them are great. But, there were two things I saw between many of them:

So, I came in looking for my place in this world of podcasting. Certainly, there is no lack of podcasts which talk about the topics of blogging and/or online marketing. And, I wasn’t necessarily keen on the idea of launching just another interview show.

There is a place for interview shows. And I’ll probably do some. But, it has to be done in the right way.

The overall framework of the show will be based on the 7 Stages To Build An Online Business. That framework is almost a roadmap for the show (and more to come).

Where We Stand Now

As of this writing, we’re covering Stage 1 of the framework… starting at the beginning and talking all about niche selection.

Episodes are being transcribed as well.

I’m getting into a rhythm with it. Testing out different intros and the like. The show will probably sound a little different as time goes on.

How To Get Episodes Sent To You Automatically

You can listen to the show right here on the website. You’ll see a link to the podcast at the top of the site, and you can listen right there.

Honestly, though… that’s a bit of a pain in the butt.

Almost ALL of us are carrying smartphones with us, and they’re all capable of podcasts. And I believe podcasts are a great use of “down time”. I often listen to podcasts when I’m in the car, exercising, cleaning the kitchen, just going for a walk. It is certainly a FAR better use of time than listening to music, or WAY worse, listening to the news and getting your head jammed packed with bad news, chaos and depression.

There are 3 places to subscribe to the podcast. (just click on the image to open it up)

Once you’re subscribed, new episodes will come to you automatically. And, you can expect roughly two episodes per week.

Now, I Have A Question For You…

Do you listen to podcasts? 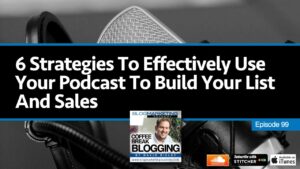 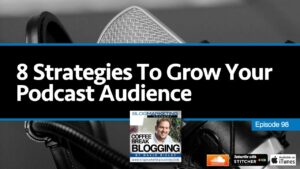 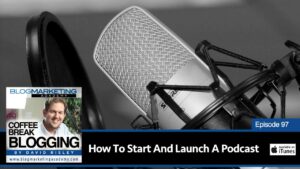 How To Start And Launch Your Own Podcast (Episode #97) 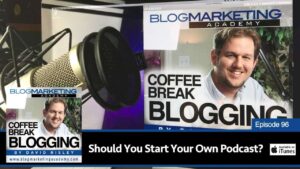 Should You Start A Podcast Of Your Own? (Episode #96)