My readers know that I tell it like it is. And, I'm about to do it again. ... Because I get asked questions fairly often, and sometimes those questions make me want to bash my head up against the wall. The typical template of that question goes something like this....

Ugh. So, time to dish out some truths. Once you understand these things and accept them, the closer you'll be to actually creating the success that you want online. 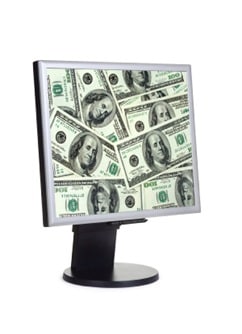 My readers know that I tell it like it is. And, I’m about to do it again.

… Because I get asked questions fairly often, and sometimes those questions make me want to bash my head up against the wall.

The typical template of that question goes something like this….

So, time to dish out some truths. Once you understand these things and accept them, the closer you’ll be to actually creating the success that you want online.

#1 – Time Does Not Equal Money

Yeah, I know. If you’ve been an employee of another all your life, it can be really hard to stop equating time to money. Some get paid by the hour, so it conditions you to equate time to money. But, even if you’re on salary, you are still expected to be in the office for a certain amount of time each day. So, either way, an employee is conditioned to think this way.

Problem is, that mindset is a HUGE hurdle when it comes to doing anything entrepreneurial – online or offline.

There is no amount of time which will guarantee a certain income stream. If you do stupid things, you could spend 6 months working full-time on something and have literally nothing to show for it.

On the flip side, there is no minimum time that it takes to build a certain level of income. Some people can build up really quickly because they’re creative, smart, and they bust ass. Others will never take off because they don’t take much action, make wrong moves, or try to blame people other than themselves.

During my recent Blog Masters Club launch, I was asked a few times how long it would take to build up to a certain income stream using the information I teach inside the Club. Each time, I turn the question back on them. Because it is the wrong question. The answer depends on you and you alone.

Time does not equal money. You can make money VERY fast online (I once generated over $18K in an hour). Or you can never make a dime. Only you determine that. Not the clock.

#2 – It Is Impossible To Remove All The Thinking

In internet marketing circles, we see a lot of products pitched on the idea that it is a “system”, a “blueprint”, a “step-by-step system which cannot fail”. Blah blah blah.

And, sure enough, there are a lot of people who buy these courses as a thing to depend on, hoping that the system will be the brain, remove all the guesswork, and that all you have to do is move a few pieces blindly as the course says and money will fall out of the sky.

Just recently, the market saw the launch of a software system called the “Magic Bullet”. It sold for $3K, had some great marketing behind it, and was used by that company to become an INC 500 company. My suspicion is that their software is probably quite powerful and probably worth the price tag, but look at the marketing. They are CLEARLY trying to position that thing in the mind of the prospect as the thing responsible for creating an INC 500 company. And they called it “Magic Bullet”. Yet, I can GUARANTEE you that most people who buy that package will have absolutely no idea what to do with it. And that’s because….

It isn’t the system that does the work. You still need to understand what you’re doing, and combine that with being creative and thinking on your feet. No system can alleviate that.

If you don’t want to do any thinking and be responsible for your own decisions, then don’t try to make money online. In fact, don’t do anything entrepreneurial. Because, you need to be willing to stand on your own, think for yourself, and be responsible for your own successes and failures. A system can provide knowledge, but it cannot remove the need to think for yourself.

Common sense tells each of us that this is true, yet it never stops people from falling prey to the “easy button” marketing out there – and buying it. There’s a REASON marketers market things that way… because it WORKS.

And those of us who insist on being honest about the fact that this stuff takes work (like me) see the hit in sales. Because people don’t want to be told they have to work hard. They want results, they want it now, and they don’t want to do anything for it.

How sad is that? They’ll never make it. They’ll just put themselves into debt chasing a dream and buying courses based on these empty promises.

You have to work – HARD – to create an online business from scratch. The trick (if you even want to call it that) is to not look at it as work. After all, if you’re doing something you truly enjoy, you do it for fun. That’s how I feel about what I do.

Where did people get into this idea that work has to be difficult and something you hate? Work isn’t something you have to get over with so you can enjoy the downtime. Life IS work. That’s why we’re here on this Earth! It is what you make of it, though, and if you’ve chosen to do something you hate, that’s your problem. But, don’t confuse that with work on a general basis.

OK, time to step off my soapbox. 🙂 I hope this clarifies things for people who still cling to those self-destructive notions.

I frickin LOVE the idea of making money online. I think anybody can do it, and it has TONS of potential. That’s why I do it. But, you need to view it as what it is – REAL business taken to the Internet. The medium doesn’t change the facts.

If you have the right mindset, you can make any “system” work for you. But, once you decide that it is something exterior to yourself which is responsible for making that happen, you’ve already lost.