How To Handle Negative or Annoying Feedback (Without Blowing Your Lid) 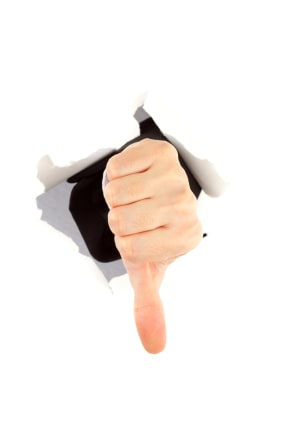 Apparently, when I talk about my family, it can be annoying.

At least that’s the feedback I got from a subscriber earlier this week. This person sent me a private email (which will remain private) in response to an email to my list where I mentioned that I was hanging with my kids and my wife was out of town.

It was annoying, she said. I should stick to business.

I replied to her. Whether it was right of me to do or not, this is what I said:

If you want to find out more about me, go to my blog. But, feel free to unsubscribe. Its great that you like the info I provide, but telling me you’re annoyed because I talk about my family on my own personal blog – I really don’t care. The blog has my name on it for a reason. My family is important to me. Enuf said.

Over the top? Its possible. She replied at first telling me I should listen to reader feedback rather than responding that way, then another email she apologized and said she should never have brought it up. I ended it off with:

Of course I take feedback from my readers… but one thing I won’t do is stop being myself. And, not to mention how it comes off when somebody tells you they’re annoyed when you talk about your kids.

But, I know email sometimes doesn’t translate well. So, that’s fine. Have a good evening.

And that last part is important to note… things DO often get misconstrued when in writing. We don’t get the inflection of their voice or any other visual cues, so it is easy to take things the wrong way. And it is quite possible that both of us did that.

But, being the blogger I am, it led me to this question…

What is appropriate when it comes to responding to reader feedback? How should you handle it? Especially when it rubs you the wrong way.

I’ve been in this business for a damn long time. Over the years, I’ve gotten my share of negative feedback. I’ve been called names. I’ve been told what I’m doing sucks.

You can’t stick your head above the crowd without somebody trying to shoot it off. It is just a fact of life.

The thing to keep in mind is that the overwhelming majority of people aren’t like that. Additionally, everybody has a bad day from time to time. They say something shitty that they later look back on and regret.

When you’re dealing with a public platform like a blog, you’re going to get people from all mindsets. Some are optimistic while others are pessimists. Some praise success while others have an instinctual need to rip on it. Some are having a good day while others just need to bitch-smack something – anything. And it might as well be you. 🙂

… and by integrity, I mean staying true to yourself.

The moment you feel the need to sacrifice something of yourself to satisfy a reader, you’ve lost. It is your blog and your castle and ultimately you get to do what you want with it.

People will respect a blogger who stays true to their guns and speaks their mind. Sure, some will disagree, but that’s par for the course. Your job is to simply be yourself and those who “click” with you will gravitate to you. Let the others find somewhere else to go.

#2 – Decide Whether It Is Worth It To Engage

You don’t owe everybody a reply when they give you feedback. If they’re just being an ass, delete it and forget about it.

Quite honestly, one of the best tacts you could take to really hostile feedback is to ignore them. Don’t flow them any power. Screw ’em.

Of course, making that judgement and/or having the willpower to do it can be difficult. When we’re attacked, we feel the need to respond and, well, counter-attack. But, it doesn’t help at all and is really nothing more than our reactive need to be seen as the winner of an argument. But, be an adult. There doesn’t need to be a winner. Because it really doesn’t matter who thinks they’re right. And you gain nothing but a childish desire fulfilled to have them run off feeling wrong.

Now, I want to be VERY careful not to give the impression that I’m saying to ignore all negative feedback. NOT AT ALL! There is a distinct difference between being an outright asshole and giving criticism. And I think most of us can tell the difference.

I responded to the reader above because she wasn’t being a bad person. I could tell she was probably a nice lady. But, yes, I was annoyed at what she said. So, I responded because I like to respond to emails from my readers, but I kept it honest.

#3 – Realize that the RIGHT people are more important than ANY people.

So many bloggers get so hung up on our subscriber counts, visitor counts and all those NUMBERS that it is easy to get worked up over an annoyed reader. With that viewpoint, it is easy to get upset if somebody threatens to stop reading your blog or unsubscribe. Oh no! Less readers!

But, I’ve said it before and I’ll say it again…

Having the RIGHT people on your blog is more important than having just anybody who fogs up a mirror. There is such a thing as a TARGET AUDIENCE. And guess what… Not everybody in this world is part of your target audience.

And “target audience” isn’t just a matter of mutual interest. It can (and should) include shared viewpoints, shared aims, and compatible personalities.

So, if somebody threatens to unsubscribe because of something you did – especially when you’re just being yourself – LET them unsubscribe. Let them find another blog to read. It isn’t anything personal… they just aren’t your target audience.

There have been a few times over the years where I’ll get a particularly nasty email from somebody on my list. They almost always threaten to unsubscribe (its just what they do). And what do I do? I reply to them and tell them I’ve done it for them. And, yes, I actually remove them from my mailing list. Because I don’t want them there. If they bother to threaten something like that, they’ve proven to me they’re not in my target audience.

So, What About You?

So, that’s my two cents.

I know it can be tough dealing with this kind of things. Some of us take negative feedback more personally than others. Ultimately, it comes down to your own personal sense of confidence. It is SO much easier to operate in this world when you don’t require the approval of other people. Just keep that in mind.

Now, time for you to chime in. Is dealing with negative feedback a tough thing for you? How do you handle it?