My Takeaway From New Media Expo 2014 (& An Announcement) 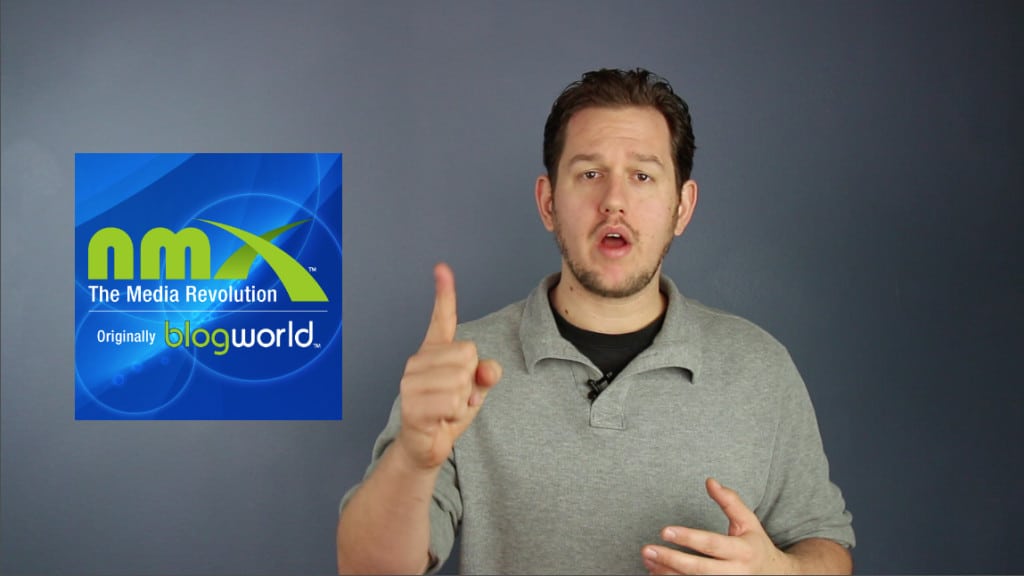 Last week I got back from New Media Expo in Las Vegas. And while there’s a lot of stuff talked about, I personally came back with one, big “a-huh” moment which is going to lead to a big action item that I want to talk to you about in this video.

That action item is… PODCASTING.

Now, the thing about podcasting, it’s certainly nothing new. That being said, my biggest thing from New Media Expo was the sheer number of podcasters that were there. Not only were they’re the people there that I know were podcasting already but there are a lot of other; tons of podcasters out there in markets that I don’t follow, whatsoever. But the point is; they’re doing this podcast. But the more interesting to me was that even with the business that I’m in, there are people who I know, recently did not have a podcast and now they have a podcast.

But just going along the trends, I’m seeing that there is a lot! There’s like a big upswing in podcasting. I was also in the session with John Lee Dumas who is from Entrepreneur On Fire, and he has been kicking ass, really! One of the things he shared with us was that he was actually invited to Apple and actually got to sit down with the people who were actually doing iTunes for Apple. And apparently, Apple has got some really cool things plan later on in 2014 including some analytics like, thick Facebook insights but inside of iTunes so you can learn about your audience right there inside of iTunes. So, really cool stuff.

So, basically what it comes down to, I have decided that I was an idiot for letting my podcast fall to the wayside. And I’m going to bring it back.

So this week, you’re going to see episode number 14 of The Blog Program. And now, with that, I think it’s a little ironic because it’s 2014 and I’m taking it off with episode 14; kind of cool! But, I’m going to bring this thing back and we’re going to be weekly about it.

Now, this time I mean that I am not going to let it drop. Usually, when I decide to be kind of regular with the content that I produce, I’m good at it. I’ve been doing this for a really long time and once I’m fully committed to a particular form of content, I do it with a passion. So, I’m going to be doing that with The Blog Program. Not the sexiest name in the world for a show, now that I think about it but, whatever, it’s called The Blog Program. At least as of now I’m not going to rebrand it.

So, with this video, there’s going to be a big button and maybe with like a little pop-up deal and I would invite you to subscribe to The Blog Program in iTunes. I would love to have your support on that show. I launched it probably about a year ago, and I gotten into new and noteworthy things were kicking ass, I went for a little while… and then because I got lazy about it, it dropped in the rankings. So now, I want to get that bad boy back up again.

And in order to do that, I really need people to not only listen to it, but also, I would love to have your support by giving it a star rating and posting a review. I think I’m also in Stitcher, I think I’m also on SoundCloud… Wherever podcaster’s usually found, you should find me. But I think iTunes, it’s like the YouTube for podcasting. Everybody’s there.

So, that’s the subject of this particular video blog. Love to see you in iTunes. That particular episode is coming out this week.

And I started off by singing a little bit of Britney Spears! Check it out, it’s really sexy! See yah!