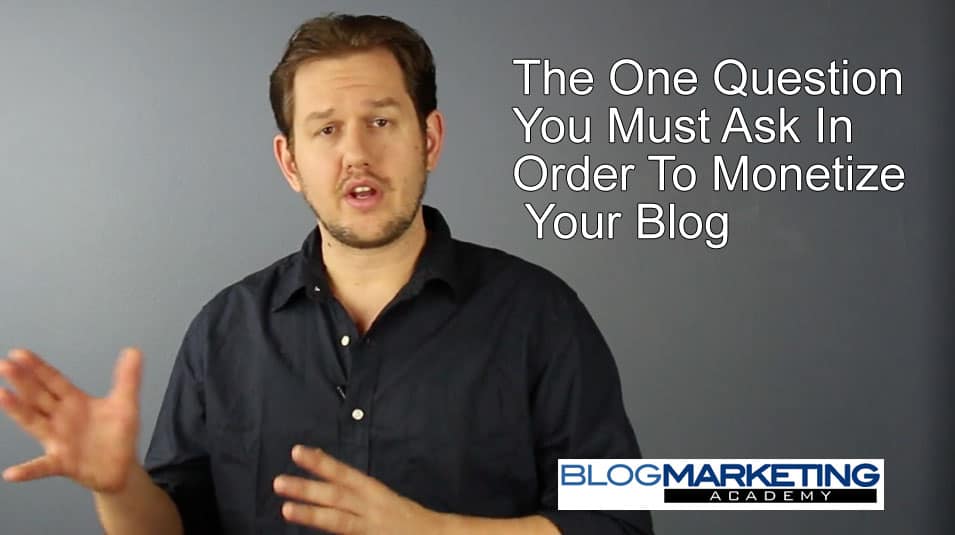 Did you start a blog based on your passion and now you want to make some money with that?

Sometimes you want to do it a little bit quickly like, “Oh, I want to make this money in the next year so that I can quit my job and just blog full time”.

Well, I’m here to tell you something that might be a rude awakening and it has to do with why your passion might be a really bad basis to get started.

So, when people get on to my email list, one of the first questions I ask them is “what is their biggest challenge”. And the answers that I get are really pretty long, sometimes. But one of the things that I get is what their blog is and what their goals are.

Now, sometimes I find these people in certain niches, for example, I’m thinking of one person who emailed me and they’re coming from the natural food space where it’s all about recipes and stuff like that. And this person told me that they wanted to make enough money within the next year to be able to quit their job. They were working 40-50 hours a week at a full time job putting other time into their blog, so they’re working 70-80 hours a week and they’re like, “You know, sometime in the next year I’d love to stop doing that”.

So I go to check out their site and basically what I find is recipes and just stuff like that.

Now, here’s the thing… this is what where it got me going… I end up replying this way a lot to people, and that is, “What is the problem that you’re going to be solving for people?”

Now, if we look at this space of natural food and there are recipes and things like that; I am pretty sure this person started this site because they’re personally interested in it. And obviously, when you go out into the blogs about “blogging”, one of the things that you always see is, “Oh, you need to find your passion and you got to start a blog based on your passion”. And you got a blog for a long, long time and then maybe later, you’ll try to monetize by sticking a few affiliate links and ads and stuff.

So it doesn’t really work.

Here’s the thing… you go out into the real world and you’re going to see businesses. And what do those businesses do? Do they talk about stuff? Or do they solve a problem? Do they sell a product or service that solves a problem for people who want it?

And that’s what I’m missing from a lot of people.  They’re not telling me how they’re solving people’s problems. They’re saying, “Well, I talk about this and I hope to monetize this and make a full time income within a certain period of time”. It’s ass-backwards!

So here’s what you need to be doing…

The passion part of it is more for “yourself”. It’s more so that you enjoy what you’re doing. But in terms of making money, it’s not that big of a deal because… if you have a passion of cooking pie crusts with no gluten in it, you’re not going to sell anything like that. I could go to YouTube and probably find a ton of people with tons of recipes… What do you expect? So, solve my problems, fix my problems, find what I want to solve and solve that for me and show me how I can buy it. Then I might buy something from you.

Now, here’s the thing; if you’re in a space like that where you’ve got recipes and all that kind of stuff or maybe your niche is similar to that one; think about the person that you’re addressing. What are their problems?

Now, if it comes to Natural food, what is it that motivates somebody to look for stuff like that to begin with? Generally, it’s going to have something to do with their health. They’re really trying to perfect their health, maybe their trying to avoid some potential health problem down the road or maybe they already have a health problem and they’re like, “Oh, I just want to deal with that, I’m hoping to go the natural route and not have to talk to my doctor”.

There, you’re getting into the core of what the real problems are, now you can come out with solutions that can solve that rather than just giving them more recipes and talking about more crap. Okay?

Hopefully, you got the idea there. Very, very important, if you want to monetize. And I’m talking about “monetize” for real because here at my site Blog Marketing Academy, I’m all about making real businesses. I’m not about showing you how to stick more affiliate links and banner ads on your site because that shit is stupid!

If you felt this tip helpful, I would humbly ask that you subscribe to my YouTube channel. There’s going to be a little box on one side of me where you can do that.

This is going to be something that I’m going to do a lot more of in 2014. I haven’t been exactly making a lot of videos in the past but I really plan to “up” my game and really do some really cool stuff here on the YouTube channel, so I would love it if you would subscribe.

The other thing that I would love if you would do… If you think that there are some people out there who are running blogs or trying to start online businesses who would benefit from this information, I would love it if you would send this video to them.

One of my niches is to get this information out there because there’s so many people who are preaching the old “monetization” stuff for blogging and I think it’s a little bit old school the way it’s being taught these days and I think we need to get back to some business fundamentals that had been around way before internet ever arrived on the scene. So if you think this tip was helpful, just pick 2 or 3 bloggers that you think would benefit from this and send this video to them and I would very much appreciate it. 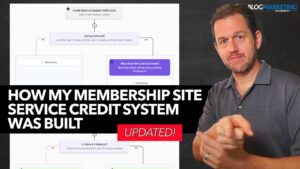 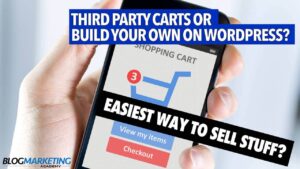 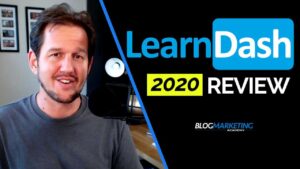 LearnDash Review: Is It The Right Solution For Your Online Courses? 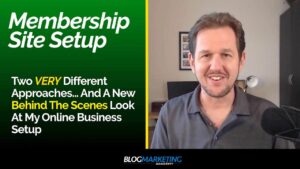