How Pinterest Exposed The Problem With Internet Marketing Training

The online marketing space is a funny place. And the story of the rise of Pinterest marketing courses lay it bare for all to see. It is the ultimate demonstration of the shiny object syndrome which this market creates for people. And it leads a lot of people - many whom are probably still trying to make their first buck online - to flock to Pinterest thinking that it is the next big thing, the meal ticket, the next trend, the latest tactic. 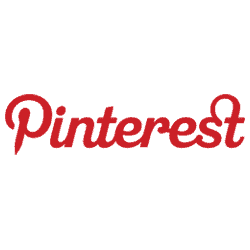 The online marketing space is a funny place. And the story of the rise of Pinterest marketing courses lay it bare for all to see.

It is the ultimate demonstration of the shiny object syndrome which this market creates for people, and why I think the approach of the niche as a whole is flawed.

And it leads a lot of people – many whom are probably still trying to make their first buck online – to flock to Pinterest thinking that it is the next big thing, the meal ticket, the next trend, the latest tactic.

All the while, almost everybody who is doing this still hasn’t even mastered the basics of business, yet they’re sitting there worrying about their re-pins and Pinterest followers… and enrolling in webinars about Pinterest which are no doubt designed to sell courses about Pinterest.

Am I saying that Pinterest is useless? Of course not. It has its uses. But, it is just another social media site. Another place to throw out a shingle and try to get followers. Another place to share. Use it correctly and you can get some nice results with Pinterest. The site is very visual so there’s some nice marketing opportunities with that. But, I think some people are really overblowing it.

In my view, what Pinterest has done is made it extremely obvious what the nature of the internet marketing world often looks like.

Is anybody to blame for this?

No. This is the way business works. One sees a demand and he/she fills it. Marketers saw an opportunity with all the buzz surrounding Pinterest, and they jumped on it. And I’m sure they got some nice conversion rates out of it.

Any business would do the same, really. See a demand, see a trend… and jump on it.

But, you, as the consumer, need to stay smart.

The world of internet marketing training CREATES the shiny object syndrome. They make everything seem important, and they pile on proof of it because that’s what they do. They’re marketers and they know how to make things convincing.

But, you have to be your own compass.

Pinterest is a shiny object. To almost everybody reading this post, I can almost guarantee you that spending much time on Pinterest is a waste of your time. It is something which you might want to build into your routine and systematize. Don’t ignore it, but put it in perspective and don’t sit there and focus on it as if it is going to be your meal ticket. Like Twitter or Facebook or any other social network that rolls along, Pinterest is A tool in your marketing, not THE tool.

So, don’t buy any courses on Pinterest. It is a waste of money.

Focus on business building and your foundations. Worrying about building your Pinterest following isn’t even relevant if you have no email list and nothing to offer people. Otherwise, its just vanity. The only exception I think would be if you’re in the ecommerce business selling physical product. In that case, Pinterest is more relevant to you.

Oh, and BTW, if you want to get the true scoop on what makes this business work, and avoid all the shiny objects, consider joining us inside the Academy. You won’t see me sitting there teaching Pinterest in there. I’m not going to waste our time like that.