The Academy Relaunches On The Genesis Framework 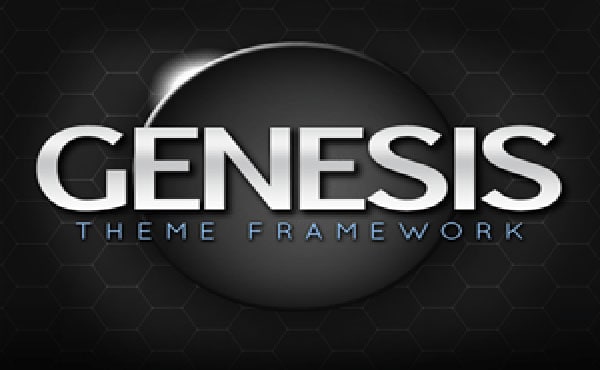 Well, if you’re a regular reader of this blog, then there’s a good chance that you’ve already noticed that the site looks pretty different now.

I have just re-launched Blog Marketing Academy, now powered by the Genesis Framework.

Personally, I think it looks a HELL of a lot better. 🙂  What do you think?

Why Did I Pick The Genesis Framework?

I will likely do a more thorough blog post where I compare Genesis to some of the other theme frameworks out there. In the meantime, however, here are a few reasons why I decided to go with Genesis over other frameworks which are available, especially Thesis:

Why Did I Pick A Framework At All?

This site was always using a custom theme. And, I know full well how to customize my own theme. So, the obvious question is… why did I even bother?

By basing this site off a framework, it brings a TON of built-in capability to the table. With a totally custom theme, it is up to the programmer/designer (aka… me) to build in every single thing – manually. Or, I have to use yet another plug-in.

Just a simple thing like breadcrumbs (if I wanted to use them) would need to be manually programmed. If I wanted nicely formatted page numbers, I had to either code it by hand, or use a specialized plug-in.

Also, my custom theme was so customized that it bypassed a lot of the conveniences of Wordpress. Things like the menu system and sidebar widgets were totally unusable on my customized theme. So, by going with a framework like Genesis, which is very tightly integrated with Wordpress, it makes my life a lot easier because I can use all these features.

Now, anybody who is used to customizing their own theme and is considering a frame…. keep this mind….

It will take some getting used to. At first, it will seem counter-intuitive. It will feel like the framework is getting in the way. But, as you proceed, you will soon get the idea how it works. You’ll begin to understand the hooks and actions, how to customize output… and you’ll soon find that you can get things done a LOT faster than doing things the old-fashioned way.

So, how did I make Genesis look like this?

Well, I started off with the Education theme. It had some things I liked about it.

Then, I went to town. It took a lot of Googling, a lot of study of other people’s code snippets. But, slowly things began to take shape.

My original intention was to have the design still sport a lot of similarity to the old one. But, as I kept on tweaking, it became clear that I was pretty much completely re-designing my site – complete with a new logo, new header, and more.

Another positive side effect of this design is that I am able to unbury some guides and other great pages of this site which were otherwise buried. And, the nature of the navigation I had with the prior design made it impossible to make a clear path to those pages.

Well, being that this project ended up turning into a re-design, I’m going to be updating a lot of my profiles to reflect the change in branding.

And, because of the flexibility of Genesis, I’m seriously considering changing the members area of the Academy from OptimizePress over to the Genesis Framework. I actually think a Genesis child theme (very likely based on this very theme) would make a gorgeous membership site. So, we shall see. 🙂

In the meantime, I’d love to hear your thoughts below.

And, if you have any weird flukes show up on your browser, computer or device, let me know. I tested things out pretty well, including on my iPad and iPhone. Things were working pretty well. But, I wouldn’t be surprised if a few little issues pop up.

How Many Wordpress Plugins Are Too Many? Surprising Answer… 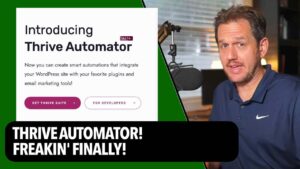 First Look At Thrive Automator: Will This Solve The Long-Standing Issue With Thrive Suite? 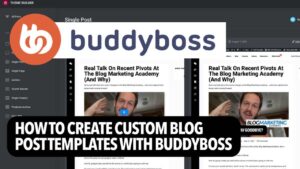