Alright, let’s be honest. We’ve all seen people say things are “dead” just to get attention. Email is dead. Blogging is dead. I’ve heard it all, and each time, they are stupid ploys for attention.

Today, however, is no ploy for attention. I am asking an honest question. This has been rolling around in my head for several days now. At this point, I am leaning toward the conclusion that the long-form sales letter has passed on into the white light. Must send flowers. 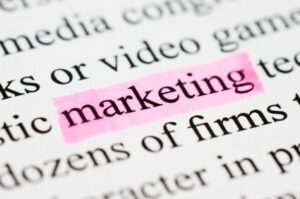 There is absolutely NO doubt whatsoever that long-form sales letters work. They have been tested every which way and they have worked ever since the original days of direct response marketing.

Many copywriters today create sales letters that can be upwards of 20 pages long. For the people new to all of this, that simply means that, were you to print out the text onto paper, it would be that long to read. Obviously, on the computer screen, it is just one LONG sales letter.

The usual rule of thumb is that the sales letter only has to be as long as it has to be. In other words, do what works. On average, we’re seeing lengths between 10 and 20 pages.

Today, most long-form sales letters end up getting the usual range of reactions. Some immediately see it and their guard goes up because they know it is meant to sell. Others get annoyed by all the scrolling it takes to get to the bottom of it. They’ll read the big headline, then scroll WAY down to the bottom to find the price. Then, they’ll use the price to determine whether to read the rest of the letter.

Copywriters are trained to deal with this, BTW. The use of the P.S. at the bottom of the letter is designed specifically for those who immediately scroll to the bottom. The sub-headlines are used to catch the attention of the scanners and hopefully entice them to read in more detail. Done right, the sub-headlines of your sales letter should deliver roughly the same message as the entire letter, just in short form.

Truth be told, as many people who complain about these long-form sales letters, the proof is ultimately in the pudding. They work and they make sales. Hence people use them.

Ever since my Blog Masters launch (which I’ll go over in a minute), I’ve been rolling this idea over in my head. Then, as if the stars aligned, I’ve been noticing similar rumblings out there.

It started with the launch of Third Tribe. This is the program by Brian Clark, Darren Rowse, Sonia Simone and the notoriously handsome Chris Brogan. The sales letters for Third Tribe is not long-form. What it is is a shortened sales letter broken up into tabs. It is not a hard-sell, and the tabs immediately break the flow up.

Immediate pattern interrupt to the usual ways of online marketing. Good idea to back up the whole “third tribe” concept.

Then, I saw Dave Navarro with his post, Short Sales Letters (And Why They Work). He makes some great points, but he also features Laura Roeder, who just launched her own Twitter-related product using this same approach. She simply made a quickie video and essentially that was her sales letter. What Laura did was use a solid pre-launch, building that relationship before they ever even saw this video. By the time they visit the video, they are practically pre-qualified.

I’ve also noticed this trend in the past. Even internet marketer extraordinaire, Frank Kern, often does sales letters which consist of nothing but a video with a big BUY button next to it. And Frank is making a killing.

My Observations From My Recent Launch

As many of my readers know, I just recently completed the re-launch of Blog Masters Club.

Now, I am a constant student of online business. I practice what I preach, but I also learn from what I do and make adjustments. So, along that line, I’ll share what I saw with my own launch.

I used a long-form sales letter for my launch. In fact, let’s be honest: My sales letter was longer than HELL. 🙂 It was. Jordan Cooper even cracked that it broke his scroll wheel!

Now, because this was honestly a shotgun-style launch, one that I pulled off with little prep and really quickly because of the pending birth of my son, I did not have the time to set up any split tests. I even forgot to track my damn conversion rate, as embarrassing as that is. But, I’ve got numbers to run some calculations with.

If we look at the total number of visits to the sales letter, versus the number of signups during launch week, I did roughly a 5.5% conversion rate.

Now, considering the average conversion rate for a sales letter is around 1%, I did OK. That said, I’ve heard of others who’ve converted between 10% and 15%, the difference being professional copywriting and the content of the prelaunch.

But, more important than the overall conversion rate is this…

Most of those sales came right after my prelaunch webinar, and on the last day as I was streaming live on Ustream all day.

So, after a 10-day prelaunch with a lot of videos and stuff, it culminated in the webinar. About 31% of the sales from the entire launch week came in the first 3 hours after that webinar. A little over half of the entire volume of the launch came before the doors even officially opened. This was all driven by the prelaunch content and the webinar, which was completely live.

On the last day, I live-streamed for 12 hours on UStream.TV. I embedded the live feed and the chat room right on the top of the sales letter. About 14% of all the sales came on the last day, while I was on camera.

What does that leave us? Work those numbers and only about 30-35% of the total sales volume happened during the launch week itself, powered by my sales letter.

The majority of my sales volume was driven by LIVE interaction with me. When that was happening, people more or less scanned the sales letter and went right for the button to enroll. When left to their own devices, they mostly bounced off the sales letter.

In other words, my sales letter didn’t work very well unless I was there to back it up. People wanted interaction with me, not the sales letter. They needed ME to answer their questions. They got a feel for me during prelaunch. The sales letter threw them off.

What it comes down to is the difference between relationship marketing and cold marketing. For a cold prospect who had never heard of me before, a long-form sales letter is probably more necessary. For a prospect who already got to know me via my blog and the prelaunch, the long sales letter got in the way and probably just made me look like just another frickin marketer.

For Me, They’re Dead

I think there is a time and place for a long-form sales letter and there always will be. For me, though, they’re dead. I do not intend to use a long-form letter like that again. When it comes time to launch my next thing, I will test out something drastically different.

For those reading this post, here is the thing to keep in mind…

Bloggers who make money are inherently in the business of relationship marketing. Things work different. People want transparency. People want to know you’re real. People want to know, like and trust you. If you do a good job with all of that, then you don’t need to use a big long sales letter and break their scroll wheel to sell them something.

And I would argue that, these days, using them actually hurts more than they help.

The way I see it, if your testing shows that you need a big, long offer page, then perhaps you’re not doing a good enough job with the pre-launch and relationship building.

In my case, I think my pre-launch and live interaction worked awesome, but the sales letter was a bit of a lead weight.

So, what are your thoughts on these long sales letters? And, if you’re a marketer or copywriter, what is your experience when them versus the more “third tribe” approach?