Show An Opt-In Form As The Reader Scrolls Down The Page, with Scroll Triggered Box

Today's plug-in was one that, when I found it... I was excited. This was something I was wanting to do on this blog, but thought I would need to manually code it. But, alas... there was no need.

Today’s plug-in was one that, when I found it… I was excited. This was something I was wanting to do on this blog, but thought I would need to manually code it. But, alas… there was no need.

This plug-in will allow you to display opt-in forms as the reader scrolls down your blog. The opt-in form will slide up from the very bottom of the screen as the person scrolls past a certain point on your site.

You may notice that I run this very plug-in here, offering the Blogging Gone Wrong report in order to build my email list.

This plug-in does more than just opt-in forms, though. You can also embed Facebook like buttons and other social media sharing buttons.

It is a pretty full-featured plug-in. It also includes…

So, from a marketing perspective, this plug-in allows you to make calls to action more noticeable. You can use it for social sharing buttons, but my recommendation would be to use it for opt-in forms.

Regardless of what we all think, pop-up opt-in forms do work. Scroll Triggered Box will allow you to get the same effect of a pop-up, but without it actually BEING a pop-up. Instead of popping up and blocking everything (which is annoying), your opt-in will simply slide up from the bottom of the screen.

Plus, since it is triggered by scrolling… it will (in theory) only show the opt-in form to the readers who are most engaged. If they’re scrolling, it means they’re reading. And, if you trigger the opt-in once they hit the comment section, that (again, in theory) means they just read your post.

You can also set a cookie timeframe so that your readers will not see this form on every visit. I have mine set to 30 days, so the most anybody will see this opt-in form will be every 30 days.

It is a freebie, so you’ve got nothing to lose by trying it. 🙂 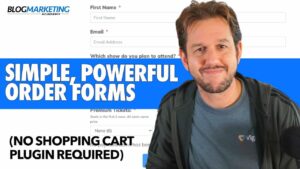 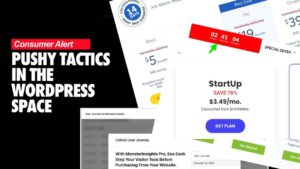 Consumer Alert: Tricky and Pushy Marketing In The WordPress Economy

Premium Wordpress Themes & Plugins For Free: What is a Wordpress GPL Club? Are They Legit?