The Internet is still abuzz with tributes to Steve Jobs. As I'm sure you know, he passed away yesterday of cancer. I can't really say anything that hasn't been said a million times before. But, let me just say a few words... 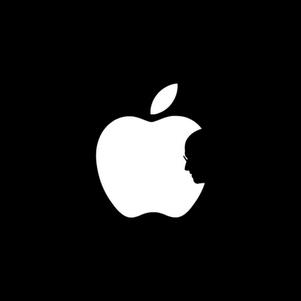 The Internet is still abuzz with tributes to Steve Jobs. As I’m sure you know, he passed away yesterday of cancer.

I can’t really say anything that hasn’t been said a million times before. But, let me just say a few words…

Yesterday, I flew back to Florida from a family trip to Portland, Maine. It was a great trip, but I was looking forward to getting home and getting back to work. I got into bed last night with my Macbook Pro… fully expecting to do some weekly planning, get some thoughts in order, then go to sleep.

Instead, I found out that Steve Jobs had passed away. It was like a punch to the stomach, in some ways. I didn’t really get any of that planning done. Instead, I was immersed in the news.

Nobody can say it was a surprise. We knew this was coming… it was just a matter of when. When Steve stepped down as CEO of Apple, we saw the writing on the wall. There was only one reason he would step down. He knew his days were coming to an end.

I don’t usually think too much about the passing of a well-known person. But, this one is a bigger deal.

Yes, I am an Apple user. I converted to Mac in 2007 with the purchase of a Mac Pro. Since then, I have bought 4 additional Macs, 2 iPhones, an iPad and an Apple TV. I will probably pick up an iPhone 4S and plan to upgrade my iPad when the iPad 3 is released.

In that aspect alone, Steve has had a major impact on how I work on a daily basis.

But, in many ways, his work has had a deeper impact on me. Long before I was blogging here, I was and am a tech blogger. In doing that, I obviously talked about all things computer. Windows was naturally the focus of much of what I wrote, but…

There are many lessons to be learned from the life of Steve Jobs. And I’m sure he will go down in the history books as one of the leading innovators of our times. A modern day Thomas Edison, in many ways.

This video has been making the rounds. If you haven’t seen it yet, I encourage you to watch it. Steve’s viewpoint on life, no doubt shaped by the prospect of death, is a fitting lesson for us all.

Thank you for thinking outside the box, sir. If a man’s life can be judged by the lasting impact made on the world, then you really, REALLY lived.