What Time Management Usually Looks Like (And It Isn’t Pretty)

Something is wrong. Grossly wrong. I admit, my last reader survey post was a wee-bit rhetorical. After all, I knew how large a problem time management was. I just kind of wanted to get some of you to confirm it for me. BTW, if you haven't chimed in on Thursday's survey post, you can do it here. But, you know what this only goes to show? Something is horribly wrong. 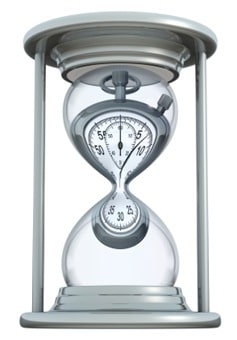 Something is wrong. Grossly wrong.

I admit, my last reader survey post was a wee-bit rhetorical. After all, I knew how large a problem time management was. I just kind of wanted to get some of you to confirm it for me. BTW, if you haven’t chimed in on Thursday’s survey post, you can do it here.

But, you know what this only goes to show?

Something is horribly wrong.

I mean, how many people out there have given various forms of advice on how to manage time? How many books have been written? And, it just doesn’t seem to help.

Let Me Tell You A Story

Here’s a short story that shows what many attempts to manage time often look like. I know this one well because….. well, it was me.

In one of my attempts to get a grip, I purchased and attempted a system called Getting Things Done, by David Allen. It is a fantastic book and the system, workable in and of itself

So, I set up my inbox in a certain way. I had my “Someday-Maybe” list, and various contextual lists. All that stuff. I even sat down and created the tickler system he talked about, consisting of 43 folders… 12 monthly ones and 31 daily ones. You’re supposed to use it as a kind of external memory. It sounded like a good idea, so I went and bought a huge pile of folders at Staples, got home and got busy labeling all 43 of these things.

Did I use it? Yeah, for a few days. Ultimately, those 43 folders sat empty in my filing cabinet as a stark reminder of another bold (yet failed) attempt to gain total control of my own time.

What I found was that, no matter what “system” I tried to use to control my time, something else was undercutting it.

In fact, truth me told, the damn systems only seemed to add to my workload. It took TIME to do all the little logistics necessary to manage my time. And, wasn’t it the lack of time I was trying to solve?

Something didn’t add up.

Trying to impose somebody else’s time management system onto me just wasn’t working.

Have you ever bought a fresh, empty notebook – with all the gorgeous intentions of getting organized and using it to create plans? You might even get all fancy and put some labels in there to separate out your various projects in this notebook. But, ultimately, you don’t really use the notebook?

It is almost as if we buy the notebook just so we can feel that fresh, “starting over” feeling…. then reality sets back in. We want to feel that “clean slate” feeling we feel while staring at a blank piece of paper on a never-used pad. No wrinkles on it yet. No stains from the hustle of real life. Yet.

Have you ever created a gorgeous weekly plan, only to never reference it during that week?

If you’re anything like me, you’ve tried to conquer this resource called time. And you’ve failed. Many times.

… Because this is what time management usually looks like.

The clock keeps on ticking in an unforgiving tick-tock…. like the hands of the clock are just sticking their middle fingers at you and saying, “Hahaha…. you failed again. You can’t control me!”

Then, I Discovered Something

Did I discover some new “time management” system? Hehehe…. no. 🙂

Once I stepped back and looked, it made more sense.

I’d like to tell you all about it on my next webinar. 🙂

It is called The Failure of Time Management.

In this webinar, I’m going to go into more detail about what I came to realize, how I came to realize it, and ultimately, what to do about it. It is something we’re all feeling. It shows up in your comments on this blog, and in the thousands of survey responses I’ve gotten over the last year or so.

I’d like to invite you to attend this live webinar. You can even bring friends if you want (just forward them this blog post). I can accommodate up to 1,000 people on the live call, so the more the merrier.

And, if you think you don’t have the time to be on the call, that just might be even MORE of a reason that you should be there. 🙂

The call will be held at 9PM EST on September, 1st. Great way to start off the month. See you there.

UPDATE:
This webinar recording has been taken offline, as promised. Be sure to be on the waiting list for Time Master Formula for when I decide to reopen this and make the webinar available again.