How To Avoid Angry Customer/Reader Emails To Support

Perhaps you’ve experienced it. Perhaps you yourself have done it. But it goes like this…

A person has bought something and something went wrong. Maybe there was a problem with the card. Maybe the shopping cart system flaked out and caused some weird thing to happen. No “thank you” email gets sent, yada yada.

Or perhaps you’re having a problem with some software. You’re already annoyed. You send in a support inquiry and you don’t hear back for what you think is a reasonable amount of time.

You start thinking they’re ripping you off. That they’re ignoring you. That you might have just gotten scammed.

And, this happens much more often – and much faster – on the Internet. For some reason, when it comes to an online operation, people have the expectation of IMMEDIATE gratification. And, when that doesn’t happen, some people will get really pissed off, really quickly.

All Online Businesses Will Experience This At Some Point

The truth is, things happen. The software we use to power our businesses sometimes flake out. Sometimes, emails don’t get delivered for a myriad of possible reasons.

Additionally, all online businesses are powered by people. People with schedules. People who sleep. In other words, the people who handle support aren’t there 24/7 in some cases. Sure, in more developed businesses, you can have a 24/7 support team around the globe. But, that’s not always the case.

Plus, there is the matter of support systems and training. You can have a support team in place, but they’re not operating efficiently. It happens. Support is, itself, a business system. It has to be designed, built, and tweaked… just like any other system.

And, when you’re operating online, some people will get irate quite quickly. Sometime it seems as if online businesses are distrusted first until you prove otherwise. Some people just assume you’re shady the moment something doesn’t happen up to their speed standards, and they’ll just assume the worse.

I’ve had people say some really interesting things to my support staff over transactions that were really small. In some cases, they got downright abusive, threatening to go to the media and “expose” us (which is rather laughable), report us to the BBB, all these things which I’m supposed to be scared of. And, without fail, every single time… the matter comes down to the fact that they didn’t recognize the charge on their credit card statement, didn’t read something which was clear-as-day on our website, or something similar. The matter was very small, easily handled, often over a transaction which was tiny (we’re talking a few bucks in some cases).

How To Handle It

So, there is certainly an element that you always have to keep in mind and that is… people are people. A vast majority of people are perfectly fine and reasonable to deal with. There are always a few out there who will be rude no matter what the heck you do. In almost all cases, when that type of person comes up in my business, we will pro-actively refund and unsubscribe them, and tell them to have a nice day and don’t buy from us again. It just isn’t worth it.

But, what about everybody else?

Well, every frustrating or angry email you get to support should be looked at as a red flag for a SYSTEM break-down. And the first thing you do is dive into the SYSTEM to see what broke.

But, the VERY next thing you do – and you do this as quickly as possible – is ACKNOWLEDGE the person who emailed.

In 95% of cases where we get a series of angry emails from somebody, when they were threatening things and getting perturbed, the entire matter was put to rest the MOMENT I acknowledged them like a human being. The difference is stark, in some cases. They could have called me the internet’s biggest asshole in an email… and the moment I simply reply and acknowledge the matter they were frustrated over, the very next email is them apologizing and tell me they were just having a bad day. I mean, it is an incredible transformation! 🙂

People just want to be heard. When they communicate to you or your business, they want to know that it was received, heard and understood. If they don’t feel that’s happened, the communication cycle has broken down. And that’s when they will begin assuming really bad things about you or your business.

So, part of the system design HAS to include acknowledgement. People want to be heard. So, listen. Understand them. And acknowledge them.

Even if the matter isn’t solved, you STILL want to fully acknowledge them as immediately as you can. Most people are quite reasonable and will be patient while something gets fixed… IF you keep the communication flowing and keep them in the loop.

Lastly, I don’t recommend you use pre-canned responses to “acknowledge” these support tickets. People aren’t stupid. They know it is pre-canned and not personal, and they won’t feel heard. So, the support staff has to be trained to be fast AND personal, and acknowledge people individually. If the matter has to be escalated, that’s fine. But, give the customer a point of contact who is a real person, and treats the customer like a real person.

Have you experienced this, on either side of the equation? What happened? Post in comments below and let me know!

And, if you ever want to say “hi” to Dawn (my awesome support manager here for the Academy), feel free. 🙂 You can contact support just to say hi. Its cool. 😉 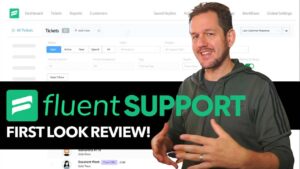 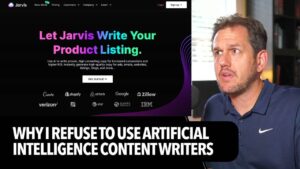 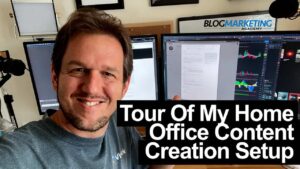