22 days into a brand new blog, here is a status update. I talk about the list building strategy, my content plan, and how I'm beginning to promote this brand new blog. 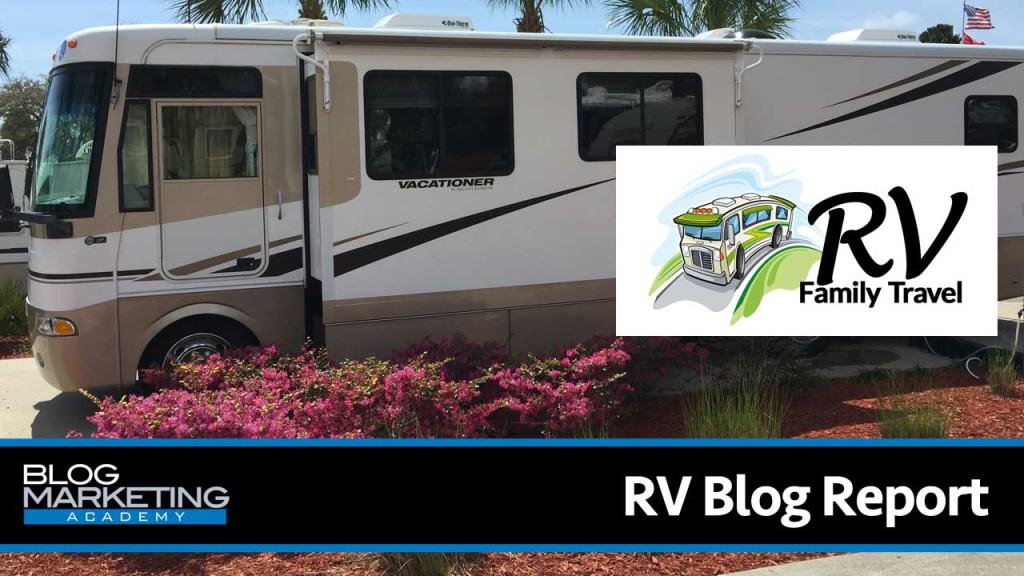 As of the time I’m writing this, it has been 22 days since the RV Blog Report #1. That’s the one where I announced my intention to start a brand new blog from scratch and document the process here on at the Blog Marketing Academy.

Now, 22 days isn’t a long time. Especially when the site in question isn’t even remotely my primary focus. Blog Marketing Academy continues to be – and will be – by main focus. After all, this is how I make my living. 🙂

Good times, man. You know how long it has been since I’ve seen numbers this low? 🙂

But, hey, this is life with a new blog. Honestly, some of those page views were me, too. So… there’s that.

OK, so what did I actually DO in the last 22 days?

I always say that building up your email list is a top priority, so I was building a list pretty much from the get-go. Problem is, I had no lead magnet.

Now, in the absence of a lead magnet, I still have a “Subscribe to the Newsletter” opt-in. But, these are weak. They always are.

Literally just within the last few days have I actually created lead magnets.

Both of these lead magnets came from blog content (more on this in a bit). Of the two, the RV inspection checklist is the one I think has the most potential as a lead magnet. While I have not yet put it into the sidebar as a main lead magnet, I may do so. The issue with it is that I know it wouldn’t apply to the whole audience, so I think ideally I’d have something different in the sidebar. But, we’ll see.

One other item of business: Who do I host my email list with?

Well, I use Ontraport for the Blog Marketing Academy. But, it is SUPER overkill for RVFT. Plus, a load of complication would come from trying to host the RVFT email list alongside BMA. So, like a lot of bloggers, I decided to try to bootstrap it at the beginning and try Mailchimp.

But, that didn’t last long.

My conclusion is: I really don’t like Mailchimp. I mean, I get it. I know a lot of bloggers are attracted to the free account, so I figured I’d try it so I can put myself into their shoes. But, I just don’t like it at all. The interface is confusing.

So while the list is super tiny, I decided to change things over to Aweber. I used Aweber for many years before switching to Ontraport… and now I’m using them again.

Also, Aweber has improved ALOT since I left them. Their interface is great. The whole thing just feels more familiar. And their new Campaign Builder looks like it’ll be awesome and alleviate a lot of that multiple list headache that I used to have.

The Blog Design And Setup

I believe a new blog owner should be careful not to fall into the trap of over-tweaking rather than doing things which actually matter. That said, there were a few things I simply had to do on RVFT to put the basic structure in place.

In terms of the opt-ins, I do have the advantage of the fact that I have accounts with some of the nicer tools as part of the Blog Marketing Academy. So, I am using the Leadbox (part of LeadPages) on RVFT. If I didn’t have BMA, I wouldn’t sign up for Leadpages at this point because it is too expensive. I’d likely sign up for OptinMonster instead (and they have MonsterLinks which is a Leadbox alternative).

I actually just recently signed up for OptinMonster to begin testing their new platform. It looks highly promising.

Most of my available time for RVFT the last 22 days has been spent on content. As I said earlier, I can’t effectively do any outreach and promotion for the site if it is empty when people arrive.

My goal was (and is) to create some pillar posts: Posts which will have a long lifespan and serve as major resource posts for people in the target market.

Now, I have more in mind, but as of now, I’ve only done two.

Well, 6 actually. But, 5 of them group together as a series.

For both topics, there’s a lot of meat on the bone.

The tow series was a 5-part series, as I stated. I decided to break it up as well as link to each of the 5 parts in each segment. The reason is to reduce bounce rate on each of those 5 posts and get more page views. I also used Beacon to compile those 5 posts into a nice looking PDF that I can use as a lead magnet.

And the RV Inspection Checklist post was a long one at about 3,500 words. Also included in this one was a content upgrade, which was a downloadable 4-page checklist.

I’m going to create some new pillars. I like to have at least 5 to start with. For now, I have two. I can get started with that.

Simply writing content and dealing with site structure is going to do nothing to get the word out about this blog. I’m well aware of that.

I’ve done 1,264 page views since my last RV Blog Report. I would estimate that probably about 40% of that came from BMA when I posted that first report. Obviously, I have no intention for RVFT traffic to depend upon the Blog Marketing Academy. That’d be cheating. 🙂 But, it does happen. Plus, BMA traffic isn’t targeted for RVFT so that wouldn’t do me any good.

Here’s what I’ve done so far:

Let’s talk about that Facebook ad for a minute.

For those following along with me, what better way is there to place a new blog directly in front of the target audience in a predictable and controlled way than an ad? There simply is none. I firmly believe that starting a blog from scratch these days requires a willingness to invest some small amount of money into the growth. 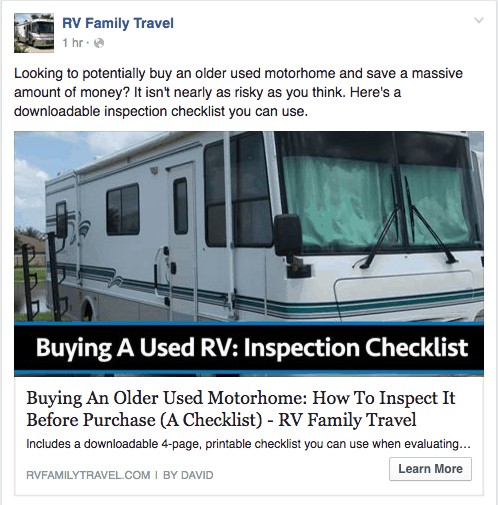 I set up a Saved Audience in my Facebook Ads account which included the following interests as a starting point:

Right now, I’m kinda just throwing interests up against the wall to see what sticks. But, one thing I know about anybody with those interests on Facebook is that they’re into RVs.

I limited the access to the U.S. and Canada, since that is where most RV traveling occurs. And I limited it to ages 30 and up, since most people under 30 don’t have an RV and usually aren’t thinking about it.

I started this ad less than 3 days ago (as of this writing). I’ve spent $13.64 so far. And here’s the results as they currently sit:

And you can start to see the results on the Analytics graph for unique users:

So far, the people clicking on the ad are 65% men, 35% women. Age breaks down to show that it is primarily an older audience (not a suprise, really):

So far, the results are encouraging. The ad is performing well and the results are pretty good so far considering the small budget. And I must say that getting 10 organic shares on the ad was a pleasant surprise. Getting that to happen with BMA is usually a much tougher thing, probably because the marketing niche sees a lot of stuff and is just more jaded. I have a sneaky suspicion that operating in the RV niche is going to be… easier. 🙂

Right now, this is definitely an investment in the blog’s growth. There’s no monetization on the site right now, outside of a few affiliate links to Amazon.

The Next Few Weeks

My family and I are heading out camping on Memorial Day weekend. Then I’m taking the kids out mid-June again. Then, at the beginning of July, we’re heading out for several weeks. Even heading up into Canada. So, all of this is going to be great motivation for new content for the RVFT blog. 🙂

My focus for the next few weeks will be: 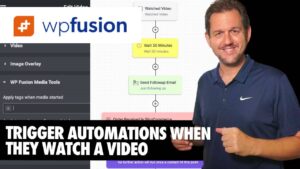