What’s Coming Up For The Blog Program (Episode #30) 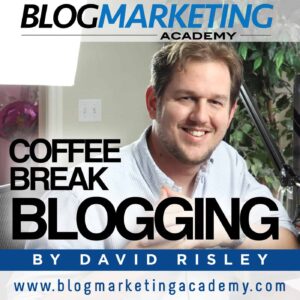 Coffee Break Blogging is the official podcast of the Blog Marketing Academy. While new episodes are currently on pause, past episodes have gone together like a course, going in order, and guiding listeners on building and growing their online business. 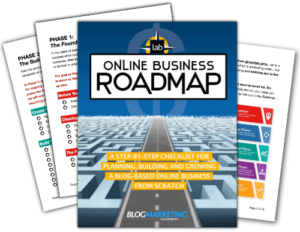 A step-by-step checklist for planning, building and growing a blog-based online business from scratch. Broken down into 5 phases, starting from the beginning.

Hello there! David Risley here; from blogmarketingacademy.com with Episode 30 of The Blog Program.

It’s been a little while since you and I have spoken unless you are over at blogmarketingacademy.com and seeing what I have been doing there. I haven’t actually done a podcast episode for quite a time and actually, the point of this particular episode is to tell you exactly what’s been going on there and let you know what is going to be happening moving forward. 🙂

So first of all, I want to start out with what my big mistake had been. It’s one of those things to where none of us are fool proof. And anybody who goes out there and puts on a facade that everything that they’ve ever done was the best decision they have ever made, is bull crapping you. And I think we all kind of know this.

Well, one of the big mistakes that I had made and I had done it a few times now is that something that I do with work and it would give me good results and then for one reason or another, I will stop doing it. 😀 And will become irregular about it. And I’ve made that mistake before.

For example, I’ve done webinars before and they worked out really well from a marketing standpoint and then for one reason or another I’ve been on a long stint now where I have not done a lot of webinars. I started up a video blog at Blog Marketing Academy and then became a little irregular about it. And yes, it happened with this podcast as well.

Now, there’s no big hidden reason for that. Quite frankly what it comes down to for me is lack of time. And, you know, this is something that many people listening here probably can identify with. It isn’t as if I live, eat and breathe nothing but blogging all the time. I do have other things that happen in my life. And other things that occupy some of my time.

So what it comes down to is the fact that I started putting off the podcast because of time for production and stuff like that. Another issue that has been happening to the podcast specifically is that it really got to a point where I didn’t really know what to talk about, honestly. I mean, there is a lot of stuff that one could talk about and I think one of the things that was happening to me is that I was a little bit losing sight of why I’m doing it.

I’ve been at this for a long time. I’ve been in this business for 16 years; that’s longer than most. And so, as you can probably imagine, I’ve talked about pretty much everything under the sun. So, from my perspective, it’s really easy to think that everything in this territory had already been covered and you know… it’s a little bit easy for me to get a little jaded. And I think I did that with the podcast.

When I am under the pressure of producing something that you actually want to listen to for 20 to 30 minutes, it’s a lot of work. There’s a lot more work that goes into doing one of these podcasts than it takes for you to listen to it. There’s a lot of productivity stuff behind the scenes in terms of coming up with the episode idea, outlining the thing out, etc., etc.

So, anyway, all that blown down to the fact that I haven’t actually done a podcast episode until now since I think probably June of this year. So I was doing a little bit of soul searching a little better with what I wanted to do with this podcast. I had people asked me about it. That was the funny thing. I have actually have listeners of the podcast ask me what was going on with the podcast and I think I was actually underestimating just how much impact this podcast was having on people. They enjoyed listening to it. And so it was really a disservice on my end to let it drop. And that is one of the things that I really realized and then I felt like I really needed to do something about it.

So, if I am going to bring the podcast back, I need to do a little bit of soul searching as to exactly what I want to do. One of the things that I was thinking about was what my unique selling proposition is? At the end of the day, when it comes to this whole marketing space in the area of podcasting, there’s just a lot of podcasts out there; a lot of well-produced ones as well.

And then I’ve done some surveys on this and I’ve had half and half response. I had some people who had said, “keep on doing what you’re doing before”, I’ve had many people do suggest doing some interviews, but part of me is almost wondering if it’s because that just happens to be what everybody else is doing so you just kind of expect that that is what is going to happen.

Anyways, in really brainstorming what my unique selling proposition was going to be; I’ve arrived at a few ideas here. And this is something I am going to be moving forward on. At the end of the day, this needed to be something that I could fit in to my schedule if I’m actually going to do it. It needs to be something that is not going to have three hours of back end time in order to produce a 20 minute podcast.

We are going to be moving forward with the podcast. It probably is going to change names. It might not be called The Blog Program anymore. But if you are subscribed to it you don’t have to change anything. I am planning on keeping the same feed. I’m not going to start anything new in that regard. But I am possibly going to change the name.

Now, part of the name is going to be to reflect the fact that I probably am going to shoot for shorter episodes. Not the 20 to 30 minute marker like I was doing before but something shorter than that. It would be something along the lines of maybe 10 minutes or so.

There are a couple of reasons for this:

Generally the people who are listening to big long podcasts are the people who have really long commutes in the car and things like that. That’s fine. There’s a lot of those podcasts out there. But I think having a shorter one that is a lot more tactical and applicable and instructional; there are some interesting things that could be done there.

The other thing too is… anybody who has listened to me kind of probably knows I’m not a beat-around-the-bush kind of a guy. It’s really more of my style to just come out, say it and leave… So, I think that is what I am going to be shooting for here.

And also, one of the things I am going to be doing here is doing a walk-through from beginning to end of the entire online business process. So essentially what we are going to be doing is if you take all of these episodes and start putting them together it is going to equal an almost full online course just by way of these byte size podcast episodes. And we are going to be talking about the entire process from beginning of an online business, niche, market, and all those types of stuff… all the way to the end.

And in fact, for my long time readers at Blog Marketing Academy you may remember a graphic that I released on The 7 Stages of Building An Online Business. A lot of what I’m going to be talking is going to be based on that as a basic framework of what we are going to be doing.

So it is going to be about building an online business, beginning to end. And it’s going to be one of those things where you want to be subscribed to the podcast to get each lesson. There are going to be kind of like little lessons but they are going to be short in byte size.

Now, throughout this, I’m also planning as of now; to intersperse questions from the audience. Basically what I’m going to do is you guys can go to blogmarketingacademy.com and submit questions. It doesn’t matter what the question is, you can ask it. And I will answer that question every two or every three episodes. I’ll just intersperse where I do nothing but answer somebody else’s question on the show.

So that is kind of my plan moving forward in the spirit of this new format of… well… what may not be called The Blog Program anymore… it might be called something else soon.  I’ll announce that soon. We are going to go on and make that a wrap at around the 9 minute mark! What do you know? 🙂 M’kay?

Any further questions for me or any thoughts on the format change, I would love to hear that. Just jump on over to blogmarketingacademy.com, click on the word “podcast” on the top menu and you’ll see this episode listed there. And the show notes that would go along with it, we are going to continue to transcribe things just like we had been and…. I think we will have some fun with this! Okay?

Thanks for listening; I’ll see you next time 🙂

How To Use ConvertBox To Engage And Segment Existing Subscribers

Plain-English training and personal support so you can learn the business and tech skills to finally build your dream online business. All in one place.