TBP025: How Blogging For Money Has Changed

Blogging for money has changed alot over the last many years. This is something David has perspective on since he has been going along for the entire ride. In this episode, David talks about two other leading bloggers, both who have been doing this for almost as long, and their perspectives on how things have changed. Then, David gives his own take on what blogging for money looks like today - and what's really required to make it work. 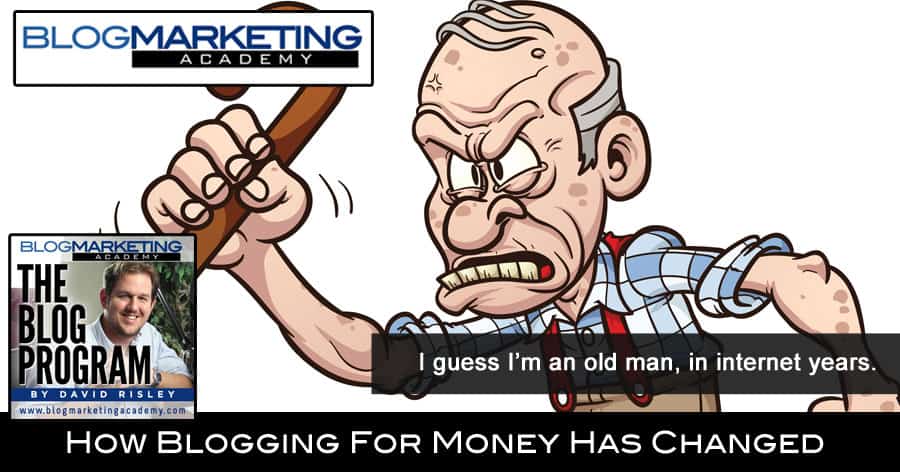 I’ve been thinking a little lately about how things have changed.

Not in a bad way or anything…. just… different.

See, I’ve been at this for 16 years now, starting with my tech blog (which I also recently announced that my intention is to retire from). And over the course of 16 years – which is a LOOONNNGGGG damn time on the Internet – I’ve seen things change drastically.

It used to be easy. Today, only the tigers make it.

Then, along this line, I recently saw two long-timers that I’ve known of for quite some time express similar sentiments.

Chris Pirillo, of Lockergnome, recently expressed his frustrations on growing his business and how the things which used to work… don’t. Chris comes from the tech space, as I do. So, I’ve known about Chris for years now and have watched him evolve. I watched an unlisted hangout video he did where he talked more about his current frustrations… and I know exactly where he’s coming from.

So, that’s two people I’ve known for awhile, both seeming to have similar thoughts as myself.

And so I decided to comment on it in this week’s episode of The Blog Program.

In episode 25, you’ll learn about…

I got a little…. ranty in this episode. I got quite passionate. And, be forewarned, I did drop the s-word. (gasp!) But, this is stuff I feel strongly about.