Starting An Online Business: 6 Dangerous Habits That Can Sabotage Your Success

Starting an online business can seem pretty hard... especially if you have one of these 6 common dangerous habits. The first step is to know what they are... 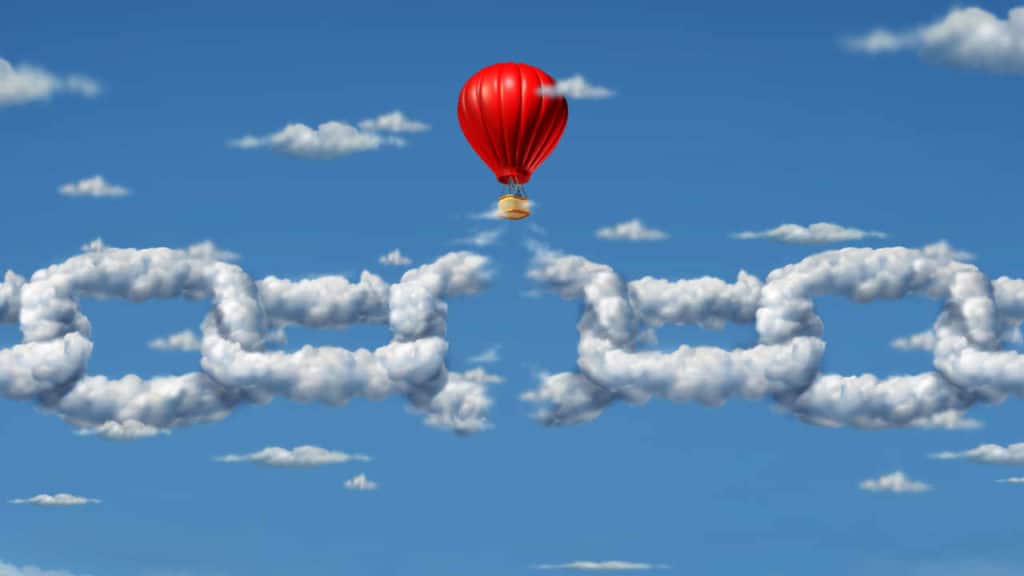 When starting an online business, there are certain mindsets and habits I’ve seen time and time again that can really harm your progress.

These 6 habits are really easy to fall into. In fact, they’re almost understandable. But, that doesn’t make them any less detrimental.

The first step is to identify what these stumbling blocks are.

Most of the common stumbling blocks are totally under YOUR control. And all too often, you just don’t do anything about it.

Before we get started, if you’re starting an online business and feel like you have no solid plan, check out our 90 Day Online Business Startup Plan. It is free inside the Vault. OK, let’s get started…

Why Having A Job Is Easier Than Starting An Online Business

I know, I’m starting this off with a big slap in the face even saying that. 😉 But, we just have to be real about things here.

While there are a lot of negative points to having a 9-5 job, the truth is that it is actually easier than trying to build an online business.

With a job, you live within the confines laid out by somebody else. You play by their rules. You do what you’re told. You do it well enough and out pops a paycheck.

If one really requires relative certainty and predictability, then having a job will provide that.

Once you go into the uncharted territory of starting an online business, then you’re on your own. You’re like a pioneer. All of a sudden, the rulebook is gone and you’re the creator of your own rules. You have nobody to impose discipline on you.

You ever seen the movie The Shawshank Redemption? FANTASTIC movie. If you recall, Morgan Freeman’s character was in prison and he was afraid to leave prison. He saw what happened to some of his fellow prison mates when they were released. Free from the structure of the prison, they lost themselves and committed suicide in many cases.

In many ways, the quest to go independent is a lot like that. The J-O-B imposes structure. Without that structure, we’re on our own. And it doesn’t always go well.

So, this requires some awareness and focus on your own mindset.

The First Step To Handling It Is Seeing The Problem

Regardless of all the training and support out there which is available to help you, the truth is that YOU have to be conducting yourself in a manner which is able to actually make forward progress.

All too often, I see people doing certain bad habits and confusing them for forward progress.

The first step is to stop these bad habits – and that requires being aware of what they are.

So, these are some of the biggest bad habits I see many people doing which are impeding their success in the growth of their business.

#1 – Comparing Yourself to Others

Pat Flynn, from Smart Passive Income, used to publicly post his monthly income reports. It was a popular feature of his site, and many others have done the same. I actually used to do the same thing, but stopped a long time ago. Why is that?

You get inspired by the money, then the next move is to try to do what they have done instead of charting your own path. Instead of doing what you need to do, you’re instead left trying to copy somebody else. And if you don’t get the forward movement, it is pretty deflating.

Plus, income reports put the emphasis on the income and not what actually creates that income… which is delivering value to others.

You can use others for ideas and for knowledge, but the only person you should be comparing yourself to is yourself. Your past self.

Keep this in mind…

What you see online is the public face. You’re seeing their highlight reel.

#2 – Figuring Everything Out Before Doing Anything

Another mistake I see people making is trying to figure out every last ounce of this business before delving in. It is an endless perpetutual cycle of learning and planning. But, not actually doing anything.

Personally, I think they are just delaying things because they fear they will fail.

If you don’t have your blog set up yet, you have no business trying to figure out how to make great Youtube videos, or how to conduct split testing. You’re getting WAY ahead of yourself. You only need to focus on your next step – and nothing else.

If you haven’t begun building your list yet, don’t waste an ounce of thought worrying about opt-in form split testing or anything like that. Your sole focus should be on getting an opt-in form up – ANY opt-in form.

It is super important that you not delay doing things because you’re trying to plan for every eventuality. Or that you keep reading and consuming content, always looking for that “aha moment”, but using it as an excuse not to take action.

Information overload and overwhelm are two of the biggest constraints to people looking to start an online business. Thing is… in almost all cases, they’re doing it to themselves!

The online world is designed to suck your attention relentlessly. It is designed to make you feel like you have ADD. Don’t blame it on ADD… that’s just a cop out.

It comes down to realizing that you are in the driver seat when it comes to what you consume. Nobody is forcing you to practice information gluttony.

If you deliberately put yourself onto an information and news diet, you’ll be AMAZED how quickly the information overload disappears and you’ll be able to focus.

Inside our course library, we have exercises inside the How To Step Into Your A Game course that will help you cure information overload…. freeing up throughput for you to build your business.

You get what you validate. And, when you validate your shortcomings by focusing on them, you’ll just magnify them.

I get emails from my new subscribers about their big challenges. And I pay attention to the language which is used. And I see people kinda bashing themselves silly, unfortunately.

Less living inside your head. More living the world around you – and taking action.

Positivity or negativity toward things is a learned skill. You might have a natural tendency toward one or the other, but you have control over it. You can train yourself to be more of an optimist by taking time each day to list one or more things you are grateful for.

Being grateful is literally injecting beauty into the world. It is something to strive for.

Sometimes we do have constraints that bump right up against our lack of skills.

Common for many in this business is lack of technical skills. And this is often coupled with #1 where you see other good looking blogs and you try like hell to make your own look like that good despite not having the skillset to do it.

You have two options here:

Now, going the “do it yourself” route is a viable option for some, but I see some people basically grinding their entire progress to a halt over it.

In the “real world”, you hire people all the time. You probably hire somebody to fix your car, or to do major repair work around the house. You hire them because they’re the expert and you want the result quickly.

So, WHY is it that we lose this perspective when it comes to the Internet?

Why do you pay the auto shop a few hundred bucks to fix your car rather than try to do it on your own? Probably because you need the car to work so you can use it as quickly as possible. Plus, you don’t know how to fix the car yourself, most likely.

Yet, when it comes to certain things we do online and starting an online business, we get stuck in the “only one” mindset. We operate as if we’re the only one in the world who can do it.

But, you think… what about the money? Hiring people costs money. And, you don’t want to spend money you’re not making yet – and you might not have confidence in your ability to get the ROI from hiring somebody.

I get it. But, sometimes it makes perfect sense to spend a little money in order to alleviate a constraint which is holding the entire show back.

In a world with sites like Upwork and Fiverr, there is really no reason not to get a little help. Here at the Academy, we also have a tech support service if you wanted to see if it’ll work for you.

And I can tell you from experience that you are validating your progress when you hire somebody to get it done for you – or to shorten your runway. When I began investing in my business, my business took off.

Closely related to #5 above is when you try to do something yourself or the long way just to avoid buying a tool dedicated to the job.

Again, it makes little sense in the scheme of things. You’re delaying real headway all over a few dollars.

An example would be trying to hand-code your own sales page with HTML or trying to hack a free theme into something decent rather than use a tool like Thrive Architect to do it. Thrive will not only make it much easier, but the result is usually much better looking.

There are a lot of tools I recommend and use in order to make things simpler and easier. In some cases, you may be able to accomplish the same outcome manually, but it would be like trying to start a campfire by rubbing a couple sticks together when you could just buy a lighter. 🙂

These self-defeating habits are the ones I most often see stopping people from getting where they want to go with their blogs and businesses.

I think these habits are harmful to starting an online business.

Are you doing any of them? 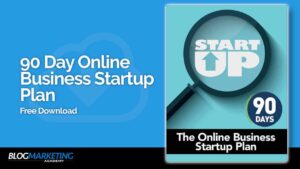