What Many People Forget About “Making Money Online”

I was having a discussion with somebody the other day. This person wanted to make money online. It didn't really matter how, they just wanted money. The plan (as they put it) was to find one of the most successful people online... and simply copy them. And, the understanding of the "how" was to start a blog and promote stuff. 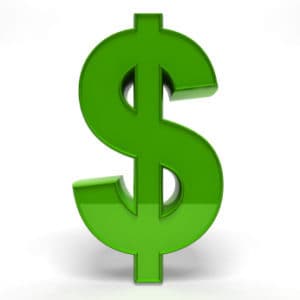 I was having a discussion with somebody the other day. This person wanted to make money online. It didn’t really matter how, they just wanted money.

The plan (as they put it) was to find one of the most successful people online… and simply copy them. And, the understanding of the “how” was to start a blog and promote stuff.

In all fairness, this person was definitely not the naturally entrepreneurial type. They have a high paying job and do fine for themselves, but they obviously don’t understand how business works. The flexibility of making money online is intriguing, but they’re in for a crude reality once they actually try to do it.

As we talked, and I listened, it became apparent what the missing part of the equation was. Well, in all honesty, there were several mindset issues to be dealt with, but one in particular got triggered in my mind with the whole “blog alot and promote things” approach.

Where’s the value? How are you putting VALUE into the equation?

See, this person was concentrating on the mechanics of the business. They thought if you just repeat the same mechanics as somebody else, you’d get the same result. At no point did they consider the REASON for it, and what VALUE was being added to the equation?

How are you actually helping people and making their lives better?

The secret to making lots of money is:

All the strategies and tactics under the sun can be placed beneath that universal truth, as far as I’m concerned.

Not only that, trying to apply those strategies and tactics, without being GUIDED by that universal truth, is the path to nowhere. You can’t just repeat the same mechanics as somebody else and get the same result.

The way to GET value out of this world is to GIVE more than you take. I really don’t think there is much exception to that. If you’re an employee, you have to be making that company more money than they pay you otherwise you’re laid off. If you’re an entrepreneur, you need to be generating more value in the world by helping others than what you earn personally.

For example, as a person who helps bloggers create real businesses, I make a fairly good living. That said, in order for me to do that, I have to help thousands of people across the world – whether they pay me or not. Via this blog, I create stuff to help others and it is consumed by a LOT of people. Some of them turn around and buy further help from me and that’s what pays my bills. But, the idea is that I create a lot of value and I help people.

In other words, be a medium which means better things for the people around you. Be a beacon for happiness, in whatever form that takes in your niche. Help lots of people. Thereby attract positive attention.

Cast a wide net, expand your circles of people, then be a source of help for them.

Money will come at you faster than you can spend it.

Unless you’re married and have kids. 😉