How I Rank The Top Social Media Sites For Business Purposes 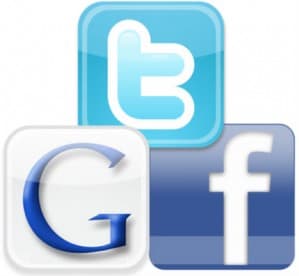 Then, Twitter was supposed to be a potential “facebook killer”. People flocked to it. Social media gurus and marketers all went into hyperdrive to add as many followers as possible.

Then, Google+. A new “facebook killer”. People flocked to it. The social media gurus and marketers all went into hyperdrive to…. yeah, you guessed it.

As a blogger, we sit here, heads shaking, wondering where to dedicate our energy.

I mean, we don’t have TIME to be active in all these of these networks. At least if you want to accomplish anything else, too. Honestly, some of these folks who are posting things all day… I don’t know how the HELL they do that and manage to get anything else done. Perhaps they don’t. 😉

I’ll tell you how I see these networks today.

And, depending on your market, I’d probably even throw LinkedIn in there… but BEFORE Twitter.

In other words, I now look at Twitter as the least effective social network, in terms of time spent. Today, I primarily use Twitter to share cool blog posts (including my own) and keep in touch with people I already know in my niche. I am not actively trying to expand my network there. If people want to connect with me – cool! I’ll get into conversations and reply to anybody.

But, I don’t really look at Twitter as an effective BROADCAST tool. And I say that because I know many bloggers take to Twitter as if it is going to be their ticket to fame. The truth is… the noise level is so high over there now that it is really only effective for communicating to core groups (aka lists).

Today, your best use of Twitter is to connect with individual people. Broadcasting on Twitter still has its place, but the noise level has made it much less effective (and a bit of an echo chamber).

Google+ has been, for me, like that weird todo list item that I know I need to do, but I keep forwarding it to the next day.

Like many, my first reaction was… “You mean I have ANOTHER place I’m supposed to be?”

And, so, I haven’t been that active (at least until recently).

But, I believe Google+ is a very effective social network in terms of ROI on time. The level of interaction is much better. There’s none of that stupid Edgerank stuff to deal with. And, especially with some of the recent changes to the Google search results, building up your influence on Google+ is likely to help you with your SEO, too.

So, I’m now making a more concerted effort to be active on Google+. I’ll at least check in on it once or twice per day now. If only they would release a freakin’ API! 😉

Ahhhh…. Facebook. Face it, we’ve all been “zucked”. Quickly approaching the 1 BILLION registered user mark, Facebook is the big kahuna. But, it isn’t just about registered userbase… it is also about engagement.

See, the truth is that most people who have a Twitter account simply tweet a few things, then get bored and never return. With Facebook, most of their userbase is actively engaged. A huge chunk of them go to the site each and every day. Pretty much regardless of what niche you’re in, your readers are on Facebook. The same can’t be said about G+ or Twitter.

For this reason, building your presence on Facebook is also a very effective use of time for any blogger. Building your community on a Facebook page or opening up your personal profile to subscribers is a good idea. You can also experiment with Facebook advertising. The audience is there and they can be targeted quite nicely by Facebook’s system.

So for me, I focus on Facebook, then G+, then Twitter. Honestly, I’m probably dropping the ball on LinkedIn… I know it is valuable, but I guess I just don’t have the throughput. But, I check in on it every week or two.

So, what’s the priority for you?

How do you find yourself dealing with all these social networks now? Are you getting in on G+?