We wrap up the year with a different kind of episode than usual. This episode contains 101 different productivity tips to help you make the most of the upcoming year of 2015. This episode is longer than usual - but we want to make 2015 the best year we've ever had. You with me?

Hello and welcome back to Coffee Break Blogging!

We wrap up the year with a different kind of episode than usual. This episode contains 101 different productivity tips to help you make the most of the upcoming year of 2015. This episode is longer than usual – but we want to make 2015 the best year we’ve ever had. You with me? 😉

Now, today, we are actually NOT going to continue on our series to creating an information based business online. We are actually going to take a little bit of a break and it is only because this is the last episode of 2014!

It has been an interesting journey where this podcast has actually existed for a little while now. It was called The Blog Program. Which, quite frankly is not the most creative podcast title I have ever come up within my life; I don’t take pride in that. But the other thing I don’t take pride in it is I had actually let that podcast go to the waste side twice. And then, I decided to bring it back and really systematize it into my business. And at that point is when I called it the Coffee Break Blogging and we have been on a pretty regular schedule now for a little while. This is Episode 43. I mean, that is pretty cool that we have gotten to this point in the Coffee Break Blogging Series.

And coming up in 2015, it is just going to keep on going. The release schedule is going to be Wednesdays and Saturdays so that will be two episodes per week. I am actually mapping out every single episode in advance so I know what is going to be said, essentially and we can stay on schedule. So it is going to be a great series moving on to 2015. It is going to remain in the same contacts that it is now in terms of the fact that one episode is going to naturally lead into the next one. So you cannot listen to any one episode, quite frankly and have it be self-contained.

If you want to have the entire set up on how to start from scratch and move in to a profitable business on the internet, then you are going to need to listen to Coffee Break Blogging all the way through, starting with Episode 30. I think it is when I started going in to the Coffee Break Blogging series. So go back to number 30 and start going forward from there and you can follow along with me. It is going to be a fun ride. 🙂

Now, this episode is going to be different. It might actually be a little bit longer than usual because I wanted to cover the subject of “Productivity”. And the reason is because if we want to make 2015 the most productive year we would ever have, we need to be PRODUCTIVE. We need to actually get lots done.

So what I am going to do is I have actually created a list, and I had put it on the blog as well so you can actually read it there if you like, but it is 101… Yes, 101 Productivity Hacks That Will Allow You To Make 2015 Your Most Productive Year Ever. And what I am going to do is go through these 101 different productivity hacks. And I might have a few side comments on some of them. But let’s go and get started here. And you don’t need to worry about taking notes or anything. You just sit back and enjoy because not only there is going to be a transcript to this episode, as there always is but we have got the entire list for you that you can go and read and hell… you could even copy and paste them into Evernote or put them into a PDF, whatever works for you.

With that, I am going to leave you to have a fantastic 2015. I really hope that you are going to stick around with Coffee Break Blogging and get a lot of value from it. I certainly got a lot of big plans for the podcast moving ahead. But most of all, I hope you find a lot of success in 2015. Really work; make it a successful one and I will work on the same from this end and we will just make it a successful year all around.

With that, have a great New Year’s and I will see you next year! 😉 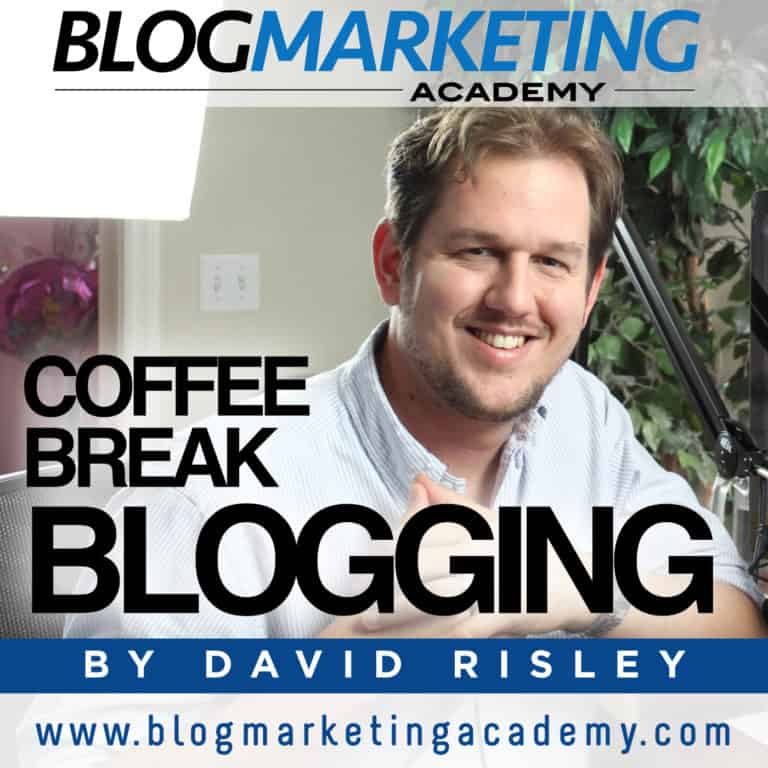