We are about to embark on stage 5: DELIVERY. For the next many episodes, we will be talking various aspects of the BUSINESS. This will include info product creation, course creation, sales funnels, membership sites, launches, making offers, increasing conversions - and more. But, first, let's take stock of where we've been so far. 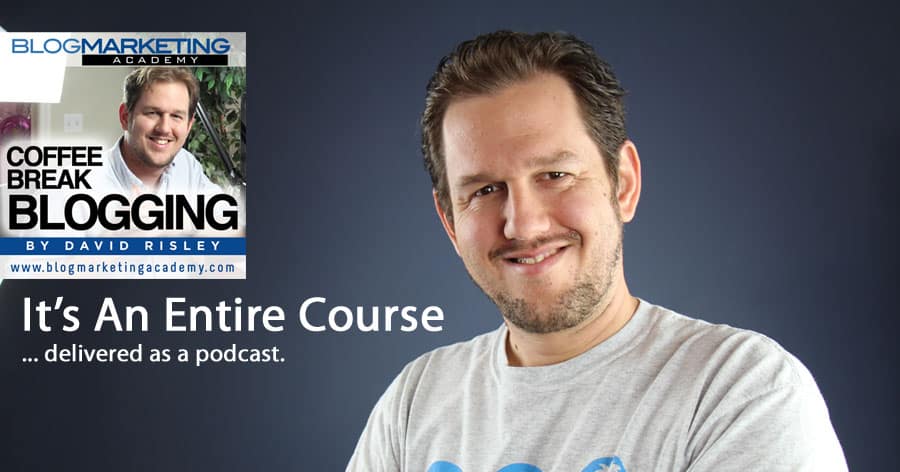 In this episode, we take one of our “pit stops” to look at the bird’s eye view of what we’re doing on this podcast, where we’ve been – and where we’re heading.

Based on the 7 Stages of Building An Online Business, this podcast goes in chronological order – to show you how to build a blog-centric online business from scratch.

We are about to embark on stage 5: DELIVERY. For the next many episodes, we will be talking various aspects of the BUSINESS. This will include info product creation, course creation, sales funnels, membership sites, launches, making offers, increasing conversions – and more.

But, first, let’s take stock of where we’ve been so far…

Now this is actually the  4th pit stop episode of Coffee Break Blogging, if I’m not mistaken. And the reason why that is, is because this podcast is actually a full online course that we are doing in a sequence. We just happen to do it via podcasting and it is based on an infographic that I created, that you can download at coffeebreakblogging.com. That is the 7-Stages of Building An Online Business. And what we are doing right now is we are ending off on Stage 4 which have to do with Building Traffic and we are going to move on in Stage 5 which what I call Delivery.

Now let me just quickly review these 7 Stages and kind of see how they are put together:

Stage 1 is Foundation. This is where we actually identify what our niche is going to be; our avatar, who are going to be serving and our solution that we intend to bring in that market; all very important foundational stuff at Stage 1. And if you go back in Coffee Break Blogging archives back to starting with Episode 35, that is what we are doing. Basically, about 10 episodes there; up to Episode 44 that we were doing nothing but covering foundation, niche, selecting your market; things like that.

Now, Stage 2 is all about the Platform. That is setting up our blogs so that we actually have a piece of property out in the internet to get anything done with. So with Stage 2 we were talking about setting up the blog, the branding, logos, pillar posts; you know, content oriented things. And all that started with Episode 46 of Coffee Break Blogging and it went from there for a little while.

Then we moved in to Stage 3 which was all about Email Marketing. Now we started Stage 3 back in Episode 69 where we started talking about how to get your email list hosting right and we went on from there into lead magnets and opt-in forms and basically how to build up your list. It is a very, very important topic for any online business. So that was Stage 3.

And then we went from there into Stage 4 which was Building Traffic because as we all know, traffic is literally the lifeblood of our online businesses. If you don’t have people coming to your site it doesn’t matter what you do on it; it will not matter. Traffic is a just an important thing. So that was the topic that we did cover in Coffee Break Blogging here in Stage 4.

Now with Stage 4, the big thing that we need to keep in mind here and I hope you understood this from the Stage 4 Episodes, is that “Traffic has changed”.

Now we did talk about a lot of the stuff with regard to guest posting as a traffic strategy, SEO as a traffic strategy; we did 4 episodes on how to make great videos and do video marketing, we also talked about podcasting; all these things that you would expect as a blogger to be relevant to the idea of getting traffic. But the other thing that I really hope that you understood from those episodes was that the world of traffic has changed quite a bit. It is not so much that we need to go out and organically build anymore; we can literally go and buy the traffic that we want.

Now buying of traffic; it makes it pretty much a guaranteed deal. You just set up a Facebook ad and you bring them in. And if you are going to pony up a few bucks for traffic, you are going to get the traffic. That is the way it works. Now the whole idea here with that type of traffic is that if you don’t send them in to the right thing, you probably are going to lose money. And most people, their instinct with paid traffic is going to be that they can’t do it because it cost money and they say “Oh, I don’t want to spend any money until I’m making it.” That’s valid but also quite premature to be thinking like that if you don’t have anything to offer.

And so that brings us up into Stage 5 where we are going into right now.

Now on the chart; on the 7 Stages Chart, it is called “Delivery”. And I want to really explain to you why I use that because most bloggers were probably have been expecting me to use the word “Monetization” right there; the making money part of it. But really, what it is, is delivery because when you think about it, “What is anybody out there going to buy?” They are going to buy a solution. You are solving a problem for them. You are giving them something that they want and that giving them something that they want is called delivery, okay? So I don’t want you to think of it just in “Okay, how can I go and extract money from all these?” That is not the way you should be thinking about it. You should be thinking of it in terms of delivering real value to people who need and want it. You are in the value delivery business. But of course you facilitate exchange for that, and that is where the money gets made.

So that is why Stage 5 is called Delivery. And in this stage, we are going to be on with Coffee Break Blogging for a little while. And in fact, as my outline shows here, we are actually going to be on this stage for the remainder of this year going in to the New Year. So we got a lot ahead of us all on various topics with regard to delivery because underneath this topic of delivery we are going to be talking about everything like sales funnels to creating products and courses; very, very important because it doesn’t matter what your sales funnel is if you don’t have something of value to deliver to them.

We are also going to be talking about membership sites, retention rates, how to sell memberships; we are going to be talking about product launches, we are going to be talking about making offers, setting up things to convert people into sales, making sales, conversion triggers, naming your price… All of these is going to be coming up in Stage 5 here of Coffee Break Blogging. So we have got a lot in store here; we have covered a lot of ground so far, with Coffee Break Blogging, but I hope you can see that it is going in on some semblance of order. Because, one thing about a podcast like this is that it could easily jump all over the darn place. And I really hope that if you are listening to Coffee Break Blogging on a long term that you don’t feel like it is as if it is jumping all over the place with no rhyme or reason. There actually is a structure to the way this show is put together.

What Then After Seven?

Now I have a lot of people ask me “Okay, what is going to happen when you get to the end of the 7 Stages?” What is going to happen to Coffee Break Blogging? Well, as of now I totally intend to keep on doing it; because, trust me; you can go as deep into any of these topics as we want to. And there are topics even in the 4 Stages we have already been through; there are other topics that we just didn’t cover because I am trying to move it along a little bit. And so there is a lot more that we can do here and I fully intend to do that. But as it is right now, sitting here in August of 2015, this show, Stage 5 of this show is already planned out through the end of the year. We have got a lot to talk about and it is going to go right into 2016 talking here about delivery and what you guys might refer to as monetization. Okay?

So that is the big plan! Hopefully you guys look forward to it; we will be getting started in the next episode, Episode 109 where we are going to start talking a little bit about banner advertising, but probably not in the way you think I might discuss it. So that will be coming up in Episode 109.

I wanted to end off by reminding you about the Big Blog Monetization Webinar and in fact if you want to get a big sneak peak as to what is coming up here on the next many episodes of Coffee Break Blogging; and not only that, take a lot of themes and concepts of the show but condensed it into a one-hour presentation… then tap on over to blogmonetizationwebinar.com because in that I will walk you through in the full business model that I am in the business of helping people build. And so that is going to be a “Walk-through” in full, with your ability to put it into action.